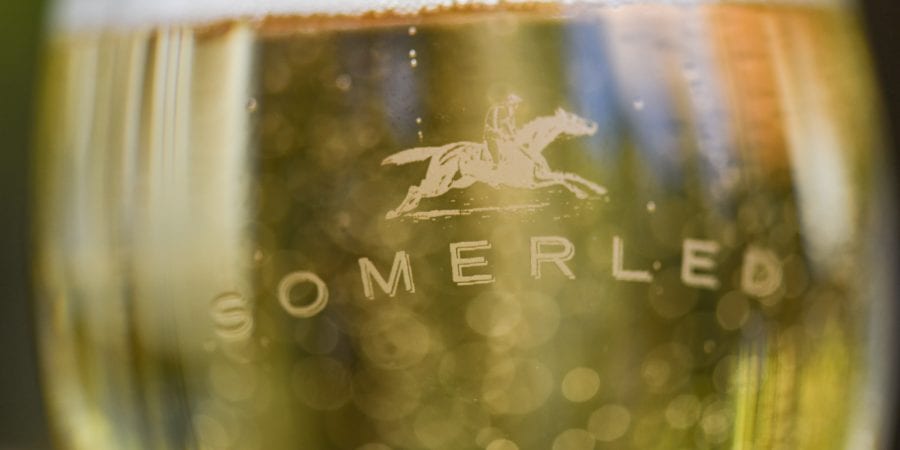 I feel like a few of you may not forgive me if I did another “history lesson” post this week. So, let’s have a break from that and concentrate on something a little less taxing. And to be honest, history was my least favourite subject at school, so I’m really the one who needs the break. 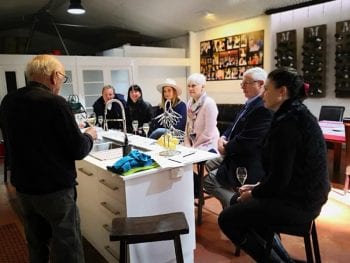 We had a busy couple of days at the cellar bar last weekend with one of Rob’s famous long table vertical shiraz tastings. We also did a souffle making class with our friend Rilka (from Rilka’s Kitchen) accompanied by a Sparkling Masterclass lead by the master of sparkling himself… Rob Moody (of course!).

Let’s build on this post from the start of last year (which could do with a refresher by now) and find out how sparkling wine came about and what sets ours apart from other Australian-made sparkling wines.

First, let’s look at how it all happened.

It turns out it was all a big mistake!

Winemakers from the champagne region were a little jealous of the reputation of wines coming from the Burgundy region. They decided to start trying to produce wines of similar quality. The one thing that was against them though was the fact that winters in the north of France are much cooler than in Burgundy. Not only did the grapes struggle to ripen – giving way to high levels of acidity and low sugar levels. But freezing temperatures in the cellar caused fermentation to stop.

Disaster. And it only got worse…

Once Spring came around, the sleeping yeast cells woke up and started fermenting again! This caused the release of carbon dioxide which either made the bottles explode or if the bottles were lucky enough to survive, a wine which contained bubbles! They were horrified and considered this a wine fault.

Now, at this point, I am going to wipe my hands of making a comment about WHO should be credited with the invention of Champagne. Mostly because it seems that no one can agree on that point. And a little bit because I feel that if I don’t say it was a well-known monk, that I may not be allowed to visit the region again (which I would really like to do someday!).

We do know, however, that a monk named Dom Pierre Pérignon invented the second fermentation in the bottle. This pretty much makes him the founder of the Champagne we know today. Interestingly, Dom Pérignon was also the first winemaker who produced white wine from red grapes.

What makes Somerled Sparkling so special?

Long-answer: it’s made in the traditional French method (or méthode traditionnelle).

Unlike the real deal from Champagne, sparkling wine can be made using a number of different methods. Given that the traditional method is by far the most labour intensive and expensive method, many of our Australian sparkling wines are not made in this way.

The most important thing about the traditional method is that the process of turning a still wine to a sparkling wine occurs entirely inside the bottle.

The major difference between the tank method and the traditional method is the removal of the individual bottle as the vessel used to turn a still wine into a sparkling one. Basically, the same process is done on the wine as a whole in a tank.

Identical to the Traditional method except that instead of riddling and disgorging, bottles are emptied into a pressurised tank and sent through pressurized filters to remove the lees.

This method uses freezing temperatures to pause the fermentation mid-way for a period of months and then wines are bottled and the fermentation finishes, trapping the carbon dioxide in the bottle. Almost exactly like that happy mistake, I described above!

This method is used by the Russians and is by far the most convoluted method have ever seen to make… well, anything. That is all I have to say on the matter! If you want a real explanation read this!

This is the one I really wanted to tell you about. It is the one that most Australian sparkling wines producers use (if they’re not using the traditional method). The carbonation method simply takes a still wine and carbonates in a pressurized tank. Exactly the way soft drink is made. 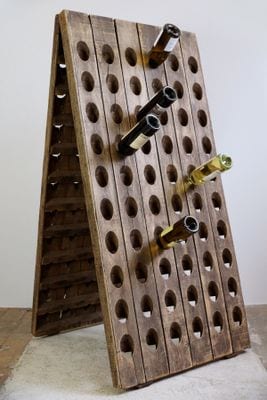 Ever seen one of these fancy wine racks?

Well, I hate to burst your bubble (ha!), but it’s not a wine rack. Not in the modern, aesthetically appealing way they are used these days anyway.

This is a riddling rack (or ‘pupitre’) and they are found by the hundred in the cellars of Champagne houses all across the region.

Riddling (or ‘remuage’) involves the gradual tilting of the bottle neck-down (‘sur pointe’), meanwhile rotating it by small increments, clockwise and anti-clockwise. As the angle of tilt increases, the forces of gravity draw the sediment into the neck. 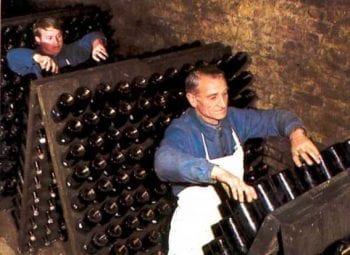 The bottles are placed neck down in the rack and rotated by stages. 1/8 or 1/4 of a turn at a time, to the right or left, with a chalk mark on the bottom of the bottle for reference. The objective is to consolidate the sediments and leave the wine crystal clear. Manual remuage takes 4-6 weeks and involves on average 25 turns per bottle.

These days, automated remuage is much more common. It uses a machine called a ‘gyropalette’ and can process 500 bottles in a single operation. Gyropalettes work 24 hours a day and take a fraction of the time. Just one week instead of six.

I wanted to tell you so much more, but I think I’ve gone on long enough for now. Maybe this is another one I need to come back to soon!

The 2019 Sauvignon Blanc, 2018 Chardonnay and 2018 Pinot Noir are all at Boutique Bottlers in the Barossa. Rob visited today and is happy with how they look. They probably won’t be heading down the line until Monday at this stage.

At Lodestone, the 2016 Sparkling Shiraz has finished secondary fermentation and is now sitting in bin boxes ready for remuage. That will start in August or September.

The 2019 Pinot Noir Sparkling base wine is ticking along nicely through malolactic fermentation. Rob is pretty excited by this and thinks it is “looking even better than before”!