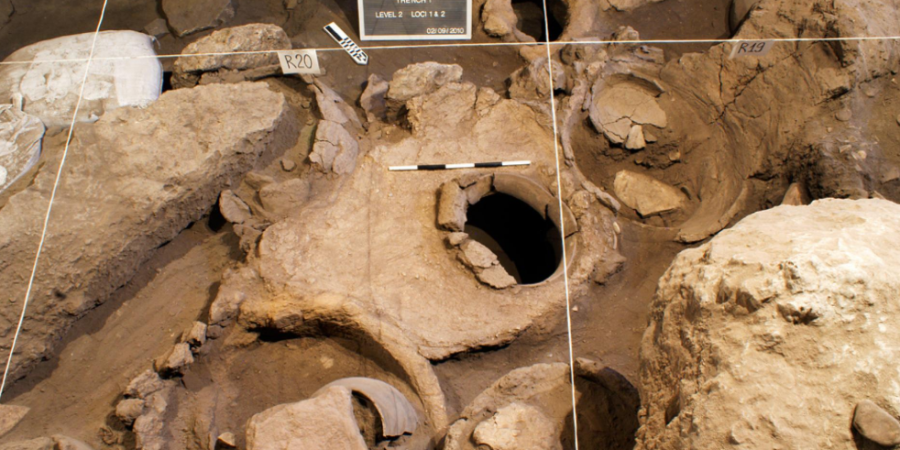 I feel like I may have jumped the gun a little. Here I am going on about wine each week… how to grow it, make it and drink it… but I haven’t even explained where it all started!

Do you think we could do all that again?

Let’s go back a short 74 weeks when I published my very first blog post and start from the very beginning?!

Where it all began… 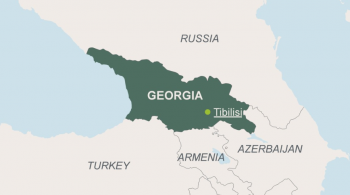 The thing about history is that we’re learning new things about how it all happened every day. The more we search the more we discover.

So… as of late 2017, the earliest evidence of grape wine-making has been found in 8,000 year-old pottery fragments found in Georgia. For those of you (like me) who need to look that up to find out where it is, let me do that for you…

They were discovered in two Neolithic villages, called Gadachrili Gora and Shulaveris Gora, about 50km south of Tbilisi. The oldest fragment was dated from about 5,980 BC. (NOTE: do NOT ask me how they figure that out! Not my area of expertise)

Today Georgia is known for its wine made in the same style of earthenware vessels known as Kvevri. They look a bit like those ancient Greek/Roman jugs (called amphorae – with two handles and a narrow neck) – except Kvevri are more egg-shaped and have no handles. They are either buried below ground or set into the floors of large wine cellars. Kvevris vary in size: volumes range from 20 litres to around 10,000, although 800 litres is typical. Here is a great photo I found of a winemaker standing next to one in 1881!

Kvevri are used for the crushing, fermentation, storage and aging wine. During fermentation, the fruit, stems, and seeds are all left in there together.

Much like wine culture today, wine likely served as a social lubricant, mind-altering substance, and highly valued commodity. As such, it became the focus of religious cults, cuisines, economies, and society in general. More importantly though, it probably also provided sustenance and medicinal benefits.

On a larger scale… 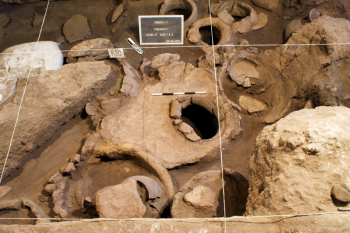 The oldest actual winery was discovered in 2007. Archaeologists discovered the first evidence of wine production – a wine press for stomping grapes, fermentation and storage vessels, drinking cups, and withered grape vines, skins, and seeds in a village in Armenia. It dates back 6,100 years!

Not sure where Armenia is either (you’re not alone!)? Take a look at the map above… it’s south of Georgia.

The arrangement of the artefacts suggests that wine was pressed the old-fashioned way – using feet! Juice from the grapes then drained into a vat, where it was left to ferment. Yeast wouldn’t have been added like we do these days. Ancient wine-makers would have relied on natural environmental yeast (from the air or dare I say it… their feet??!!). The wine was then stored in jars—the cool, dry conditions of the cave would have made a perfect wine cellar.

Preservation was not really understood, however, and that remains one of the most singular features that distinguishes our wine from ancient wine.

Probably not all that great!

Let’s remember though that drinking water probably wasn’t all that good for your health in those days, so beggars can’t be choosers!

Interestingly, the pottery fragments found in Georgia did not contain any traces of preserving method. Other, more recent, archaeological finds have discovered the use of resin, clay or beeswax (which ended up making the wine sticky and thick) to line and seal the vessels to prevent spoilage. Even marble dust (how very Roman!)  and salt and pepper were experimented with. Either way the wine was probably pretty unpalatable, tasting more like vinegar than wine.

We know that ancient Romans mixed seawater with the wine before drinking it, making it taste more like a spiked punch. Honey was added to sweeten it, and spices and medicinal herbs were used to bolster its medical qualities.

It’s fair to say that the wine didn’t have the elegant taste that we are used to today. But it served a purpose… hydration, medicinal properties and most importantly in those days, it got you drunk!

And who drank it?

Pompeii was known as a great wine centre of the world – given that we now know it was often weakened with seawater and the like, hopefully it’s not too astonishing to find that on average a bottle per head was consumed every day.

In Pompeii, everybody had access to wine – including slaves and peasants. It was a crucial part of life for all!

Mt Vesuvius then unfortunately happened, taking with it vineyards by the hectare, and suddenly the cost of wine was so high that only the rich could afford it. Not on their watch. Immediately the grain fields around Rome were uprooted and replaced with vineyards, only to cause a chronic food shortage a decade later. Well, priorities.

You’ll still see frescoes of Bacchus all over Pompeii, and we wonder what the Roman God would have made of the refinement of Roman wine over the years. Would he, too, be musing on the history of wine in front of the fire with a glass of Somerled Shiraz in hand?

In researching this topic, I have discovered there is a LOT to unpack when it comes to the history of this popular beverage. Shall we agree to meet back here in the coming weeks when we can look at its more recent history along with the evolution of wine varieties?

What did wine taste like two thousand years ago?

It’s still going through malolactic fermentation, but Rob says “it will be pretty nice I think!”. Full of lovely MLF toasted cashew!  Yum!

We’ve got three wines heading for the bottling line next week… 2018 Chardonnay, 2018 Pinot Noir and 2019 Sauvignon Blanc). They have all now been filtered and are about to get loaded on to the tanker to go to Boutique Bottlers in the Barossa. Rob is (and I quote) “VERY happy with these wines”!

I can also confirm (at least 87%!) that the 2017 Clare Cabernet will be heading for the bottling line in August!

What are you waiting for?

Amazingly, there are still a few spots available at this tasting with Rob. If you have some time on Sunday, come along and learn all there is to know about Somerled Shiraz from the master…