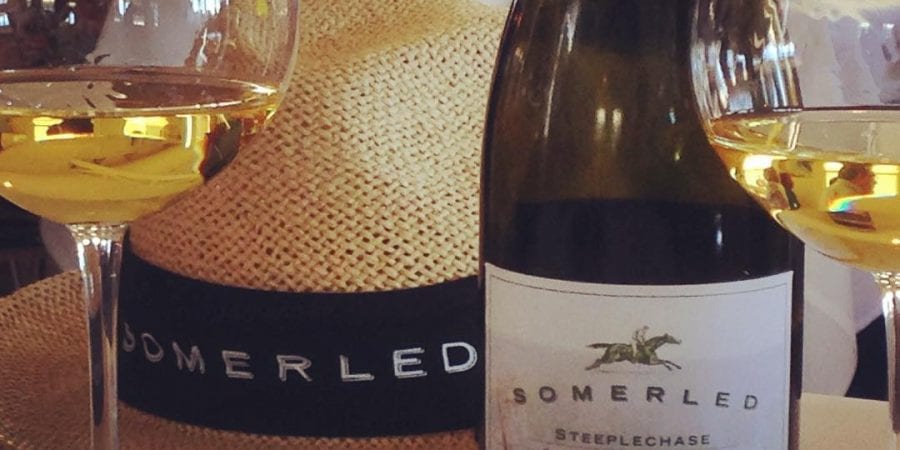 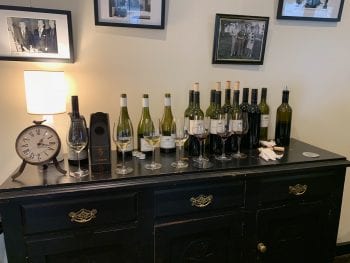 Last weekend we hosted another long table tasting with Rob. But this time was a first for Somerled… some beautiful back vintages of Chardonnay AND Shiraz in the same tasting.

We had to turn people away for this event – so many people excited by the prospect of getting a taste of 2013, 2014 and 2015 Chardonnay, along with the 2016 Reserve Chardonnay!

But why do we still get people coming into the cellar door saying “Chardonnay? Yuck!”? And by far the most common request amongst our Jockey Club members… “Send me anything but Chardonnay”?

Are you a proud member of the “ABC” (Anything But Chardonnay) club?

Everyone blames the oak…

Yes, it’s fair to say that it’s the Chardonnay’s which have seen a lot of oak that tend to put people off. But it comes down to a lot more than just that.

In fact, the reason winemakers use so much oak is that Chardonnay grapes are actually quite neutral in character.

Because it is both neutral and adaptable to many environments, Chardonnay becomes a blank canvas for winemakers to create any style they choose.

Before we go any further, bear with me while I take you through a quick chemistry lesson…

As you would remember from this post, the amount of sugar in the grapes at picking provides an estimate of the percentage of alcohol in the resulting wine. Remembering that the ripeness of the grapes is measured in something called degrees Baumé (Bé°), I might have said something along the lines of… 1 Bé° roughly equates to 1 % alcohol in the finished wine. So, if the Baumé of the fruit when it’s picked is 12 Bé°, then it should produce a wine of around 12% alcohol.

Now, while this is a pretty well-accepted rule of thumb, but it’s not quite right. 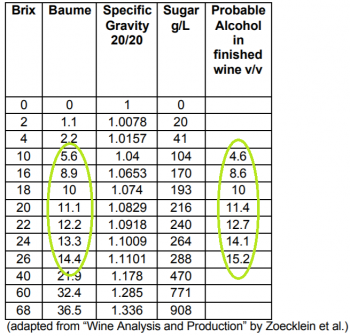 And while this rule of thumb is generally pretty close for Baumés around the 10 and 11 mark, it starts to get less accurate the higher you go. I found this table which might help explain it.

You can see that the higher the Baumé the less accurate the 1:1 ratio becomes.

Why are you telling me all this?

There is a point, I promise!

So, back in the early days of Chardonnay, winemakers tried to create wines with a lot of flavour. Probably overcompensating for the fact that the variety is inherently neutral in flavour and aroma. To achieve this, they left the fruit on the vine. for WAY too long.

As we know, the longer you leave the fruit on the vine, the sweeter it gets. We also know that the sweeter the grape juice, the more alcohol it produces. But now we know that the level of alcohol increases exponentially. So, what winemakers were left with was a highly alcoholic wine, with very little acidity (which would have been adjusted in the winery). Throw into the mix a good dose of oak and what you get is an absolutely pungent wine with massively intense flavours.

No wonder people were turned off it!

How to make a (very) drinkable Chardonnay

Chardonnay is a fruit-forward grape, with flavours ranging from fresh citrus to overblown tropical fruits. Pretty much anything is possible with Chardonnay. It is such a flexible variety and easily translates the terroir of the region in which it is produced. Chardonnay can have accents of subtle flower blossoms, raw almond, toasted nuts, parmesan cheese, mushroom, honey, white stonefruit and more!

But the key to a good chardonnay is in the winemaking processes used for this grape. Malolactic fermentation can add those buttery, dairy-like aromas and flavors. And oak aging is responsible for those stereotypical vanilla, cinnamon and nutmeg notes.

Chardonnay is in Rob’s Top 5 favourite grape varieties of all time. So, it’s no surprise that his interpretation can convert even the most strident Chardonnay hater. And here is how he does it…

If you haven’t tried Rob’s Chardonnay… I beg you, don’t write the variety off just yet. You don’t know what you’re missing out on!