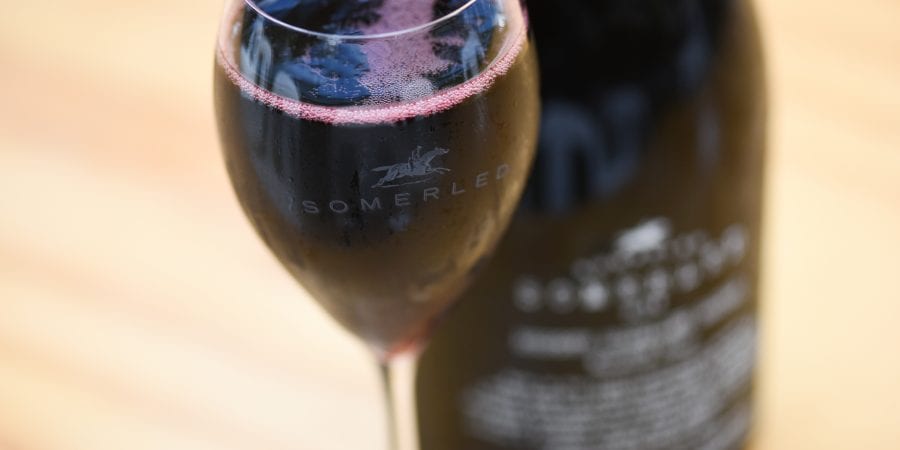 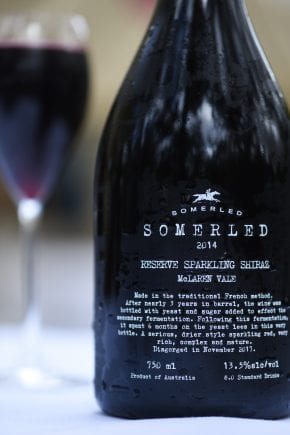 Yes, it’s that time of year again… time to figure out which wine to take out of the cellar to drink on Christmas morning!

Whenever I think of Christmas (or any special occasion really… like Thursday afternoon for example), I think of sparkling red!

What better way to celebrate than with some red fizz?! Especially Rob’s Somerled Sparkling Shiraz! But what is it? Where did it originate? And why is ours so delicious?

Yep… that pretty much sums it up!

You will most usually see sparkling red made from Shiraz grapes. However black grape varieties such as Pinot Noir, Cabernet Sauvignon, Merlot and Durif are also commonly used.

It is made in the same way as sparkling white – start with a base wine and then add some bubbles. Preferably using the traditional method.

Appearance: should be deep crimson red in colour with a fine persistent bead. When poured, it should form a strong crimson red ‘mousse’.

The palate should be rich, full-flavoured and complex, with soft tannins and sweet berry fruits. (Is it too early for a glass now??!)

Is it an Australian thing?

It is produced in other parts of the world. Probably most famously in Emilia-Romagna in Italy which is the home of “Lambrusco”. However, there is nothing quite like the way Australia has adopted and adapted sparkling red wine to make it uniquely our own.

“Sparkling Burgundy” was first produced from Pinot Noir grapes in the Burgundy region (obviously!) of France back in 1820.

Our first sparkling red was made in 1881 by a Melbourne doctor and a French Champagne maker. Turns out they didn’t last long! Then in 1893 Edmund Mazure (another French winemaker) made a sparkling red wine using a Shiraz base at the Auldana winery here in Adelaide (just behind Penfold’s Magill Estate).

Around the same time, Ballarat businessman Hans Irvine took over the Great Western winery and started making sparkling wine comparable with French Champagne. When Hans retired in 1918, Seppelt took over the winery and continued to make some excellent sparkling reds. A winemaker by the name of Colin Preece made some of the finest sparkling reds for Seppelts back in the 30s and 40s. If you can track one down, apparently they are still drinking beautifully!

Then came along a cheap imitation called ‘Cold Duck’! That’s when drinking sparkling red at your dinner party became one of the biggest social faux-pas. But thanks to the cellar hands at Seppelt Great Western who had kept a secret stash of Colin Preece’s sparkling reds, the style re-emerged in the 80s.

It’s hard not to look past South Australia. The Barossa Valley, McLaren Vale, Coonawarra, Limestone Coast and Langhorne Creek regions all have a long history of producing rich, concentrated Shiraz. So it makes sense that you’re going to find some sensational examples from these regions.

Unique to our Sparkling Shiraz is the fact that it starts out as a very complex and developed wine, having had a full three years in barrel as part of the Somerled Shiraz parcel.

It is then bottled and the very fine bead is created by the exacting Methode Traditionelle, which creates further complexity during this second fermentation.

Also unique is the noticeable dryness of the wine. Sparkling red wines do require a touch of sweetness to be palatable. Some Australian sparkling reds can have up to 40 grams per litre of residual sugar per litre. But Rob dares to keep the level of sugar in his version very conservative, creating a sophisticated, complex, balanced and moreish Sparkling Shiraz.

It doesn’t get much better than this!!

We’re making Christmas easy for you this year…

But to ensure you have your Sparkling Shiraz in time for Christmas morning, place your orders by Wednesday 12th December and we’ll have them rushed to your door.

Remember, we also have our special Christmas Party Pack, Christmas Luncheon Pack, Sparkling Pack and Rose Pack all available via the website (or via email).

2 Replies to “A “sparkling” Christmas!”