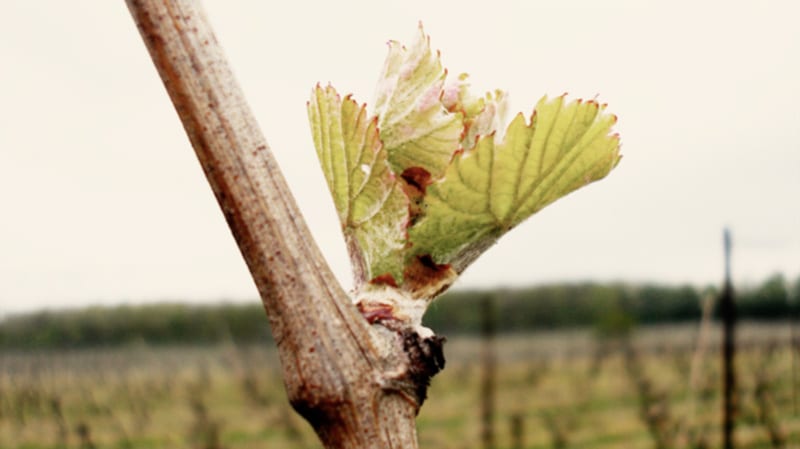 … and not because I was enjoying myself at the Adelaide Hills Wine Show lunch (like the Moodys clearly were according to this photo!)! 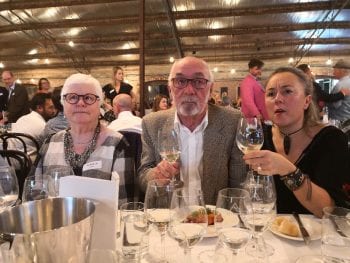 Long story short – there was something about a toddler, a bike, some bricks, an ambulance ride and a lot of tears. All is well and back to normal now though, so it’s time to talk about something a lot more interesting!

And it’s not the weather (for once)…

When I mentioned “flowering” last week I realised that I should have brought you up to speed on a few important topics BEFORE the 2018 growing season began. Oh well… better late than never.

Let’s take a look at…

The annual growth cycle of the grapevine

A “perennial” plant is one that grows or blooms over the spring and summer, dies back during the autumn and winter months, and then repeats the cycle from its rootstock the following spring.

(E-L stage?? What the heck? Don’t worry, I’ll come back to this later)

In Spring (around September/October), the first signs of life occur as the buds begin to break. As we discussed earlier this is the stage at which the vines are very susceptible to frosts.

The bunches are clearly visible at this point. There are five leaves which are visible and open.

The flowers of grapevines are called “perfect flowers”. This means they have both male and female parts and are able to they pollinate themselves without the need of bees.

Remember last week we talked about the caps of each flower falling off to expose the reproductive organs of the flower? Well at this stage 50% of the caps have come off.

Cap fall is complete and the young berries begin to grow.

The young berries are now around 7 mm in diameter or about the size of a pea.

We’ve talked about veraison before but to re-cap this is when the berries begin to enlarge and change colour. At this stage, the berries are getting sweeter and softer.

The berries are ripe and ready to harvest!

What is an E-L stage?

In the science world, we like systems and classifications (well, at least I do!).  And it turns out two blokes named Eichhorn and Lorenz did too. So much so that they came up with the first classification of stages for grapevine development (or phenology) in 1977. It has been modified a few times since then but is now commonly referred to as the Modified Eichhorn-Lorenz (E-L) system.

The diagram on the left is the official chart. You can see that the eight major stages are preceded by a number of other stages numbered from 1 to 47.

According to the latest Adelaide Hills CropWatch report the most advanced wines are currently at E-L 27, which as we can see is “Setting” – young berries enlarging (>2mm in diameter). Bunches are at right angles to stem.

The least advanced vines in the Hills are at E-L 20 with just 10% caps off.

It’s December, so we can no longer deny the fact that the big day is just around the corner (or is that just me?)!

Keep an eye on your emails on Monday for our Christmas Specials. We can take care of your Christmas wine needs and gifts for loved ones in one hit!