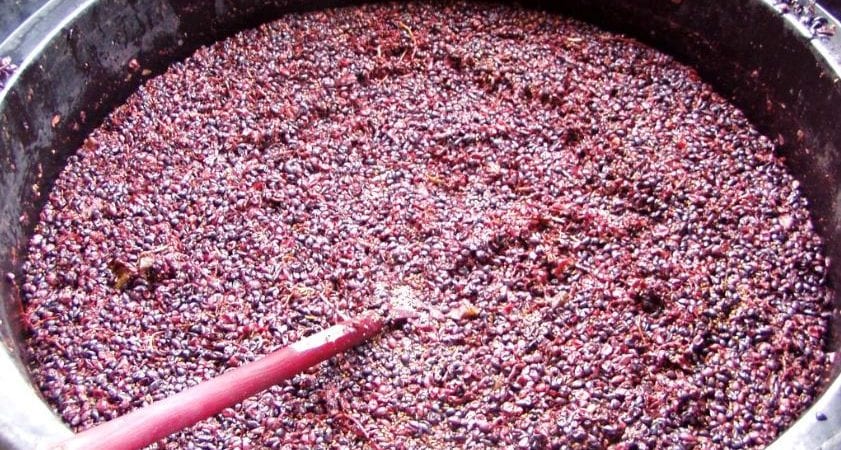 Did anyone see this article in the news this week…?

To save you the read, it’s basically about how, for the
first time in history, someone has been charged with breaching the New Zealand
Wine Act.

A pretty high-profile NZ winery was fined $400,000 for adding sugar to the wine they had been exporting to the European Union. The winemakers also got a hefty fine each and the concern now is that of NZ wines will be called into question.

When a wine is exported, it must comply with the rules ofthe receiving country. The EU allows the addition of sugar (or grape concentrate) before fermentation (up to a certain level). However, AFTER fermentation winemakers cannot use sucrose as a sweetener in an improve the taste and quality of the wine.

So, what’s the big deal with adding sugar I hear you say?
And what is the difference between adding it before or after fermentation?

Certain additives can be used in the wine-making process to improve the quality, taste and longevity of the wine. It is important to note here though, that most winemakers use additives sparingly (if at all) and there is a very strict list of additives approved by the Australia New Zealand FoodStandards Code (Clause 3 of Standard 4.5.1 if you’re interested!).

Chaptalization is the process of adding sugar before (or during) fermentation in order to increase the alcohol content of the . The use of this particular additive is not intended to make the , but rather to provide more sugar for the yeast to ferment .

And no, settle down, it’s not so you can make a super alcoholic wine!

It is especially useful in cooler regions where grapes may
struggle to reach ripeness and may be harvested with lower sugar content and
higher acidity.

Also, in some countries, some varieties are required to have a minimum percentage of alcohol in the wine. Sometimes this is hard to achieve through the natural ripening process in cooler regions.

Now, here is where it gets tricky. So as not to give some
regions an unfair advantage, chaptalisation is only allowed in certain countries:

And after some pretty violent demonstrations by protesters in 1907 by people who thought the process gave producers in cool-climate regions an advantage, the French government began regulating the amount of sugar which can be added.

Chaptalisation though wasn’t the issue for the winery facing legal consequences this week. In New it is perfectly legal to add sugar or grape concentrate before (or during fermentation). However, because they were exporting to the EU they shouldn’t add sucrose to the wine after fermentation they can add grape concentrate, but for whatever reason (availability, ease?) they chose to specifically add sugar to what was perhaps wine destined for a country which prohibits its use.

And this is a pretty big no-no!

How can you tell?

That’s the problem. You can’t really. In this case, someone on the inside dobbed them in. But unless there a pretty extensive audit of internal processes and documentation it probably would have gone unnoticed.

Some experienced tasters though believe that wines which have been chaptalised tend to lack complexity and may also taste overly acidic (given that they’re made with under-ripe grapes).

The other side of the story

There is one other thing that is worth a mention in this discussion. Even though it is illegal to use chaptalisation here in Australia, we can acidify our wines. So, on the flip side, those of us in warmer regions (Argentina, California, Washington State, Italy, South Africa and here in Australia) can add acid (usually tartaric and malic acid derived from grapes) in order to increase the final acidity of a wine. This technique is often used when grapes are harvested too ripe and, as a result, produce wines with low acidity and a highpH. A high pH will cause a  to be unstable and it will produce off-flavours and deteriorate quickly. Acidification is therefore needed to stabilise the wine.

What does Rob do?

Just in case you were wondering, Rob doesn’t add any grape concentrate to Somerled wines. And he keeps the  of anything else to an absolute minimum. It is the quality of the grapes along with Rob’s expertise that makeSomerled wines so irresistible!

So, there you have it! Who knew wine-making had so many legal considerations?!

Let’s come back to this another day when we can look at some others like what to be included on a wine label.