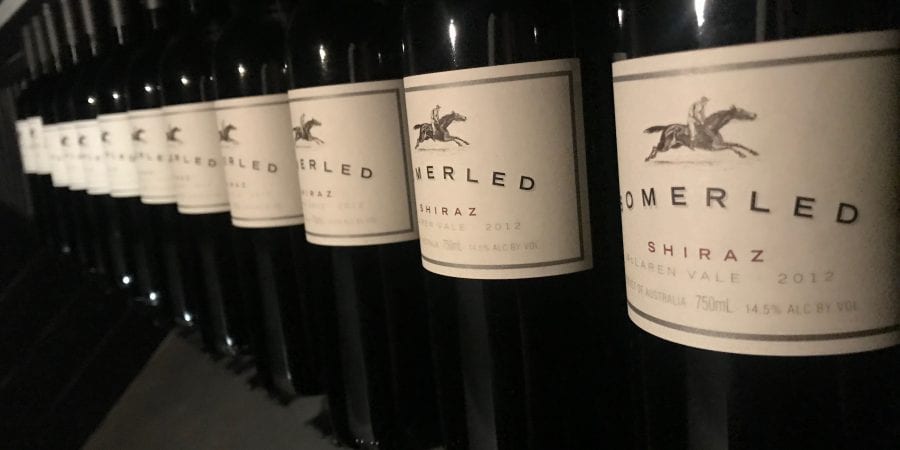 I love it when you ask me questions (it means I don’t have to come up with a blog topic all on my own!).

It doesn’t happen all that often, but it did last week! And what’s more… it was a good one.

Long term blog-reader and Somerled devotee, David asked me this in response to my “Somerled’s European Vacation” post a couple of weeks back…

“I found your “European Vacation” notes both interesting and informative but was left wondering about shiraz which only seemed to get a brief mention right at the end. Given that several of my friends won’t drink anything other than shiraz and that part of my cellar is devoted to Somerled shiraz, I was hoping that you could give some time in a blog to where shiraz fits in the European scene.”

Well, David… there is a reason I didn’t talk much about Shiraz in a European context. That’s because it’s the one variety we can pretty much claim as our own.

OK, maybe that’s not completely true, but we are certainly responsible for its recognition as one of the most popular varieties throughout the world.

Before I get too carried away, though let’s go back to… 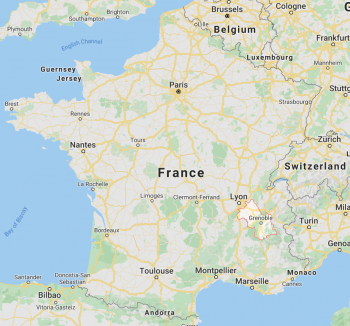 The spiritual home of Shiraz is France’s northern Rhone.

Until the first shiraz cuttings were taken to Australia in 1832 the northern Rhone was the only region where the grape was grown. Its first recorded appearance was in the Isere district of the Rhone-Alps region (that bit there on my terrible map outlined in red just southeast of Lyon).

There, it was the exclusive red grape in Hermitage, Cote-Rotie, Cornas, Saint-Joseph and Crozes-Hermitage (regions within the northern Rhone region).

So if you ever see any of those names on a label, you’ll know the variety is Shiraz.

It is also a major component of wines from Châteauneuf-du-Pape (just a bit further south). This is another one I probably should have mentioned in my post a few weeks back. It’s one of the great wines of France and is incredibly well-known world-wide. It is a blend of Grenache, Shiraz and Mourvèdre (GSM).

This is one variety in which us Aussies have had a pretty major influence on the popularity and labelling of this variety overseas.

As we already know, many regions in Europe (and in particular France) label their wines according to the name of the region (or appellation) not the variety.

The amount of Shiraz grown in France though is pretty small. Once Australia started producing shiraz, we quickly took over as the world-leader. It has become the variety for which we are best known. It is grown in almost every region and is capable of everything from affordable, quaffable reds to magnificent, age-worthy classics that are truly world-class.

The very first wines produced from cuttings brought to Australia by James Busby in 1832 were labelled ‘Hermitage’.

However, in the mid 19th century, Australia adopted the name Shiraz and soon popularised it as an internationally accepted term for the variety.

So these days, even in France, the wine is labelled as Shiraz (or Syrah as they like to say in France. Check out this post to find out more about the difference between Syrah and Shiraz – which, spoiler alert, is not much!).

The rise of Shiraz in Australia

When I was putting this post together, I thought… “Gee, I wonder if I know anyone who has been in the industry for a while and may be able to give me a comment on how Shiraz came to prominence in Australia?”

Turns out I do and this is what Rob had to say…!

“When I joined the Industry in 1969, and since then, shiraz has been the most dominant red variety in Australia. At that time, cabernet sauvignon was not much more than a minor variety (except in Coonawarra) and pinot noir hardly existed.

“EW (Wally) Boehm in his little book “Grape Varieties of South Australia” (1965) said there were 5600 acres of shiraz and about 100 acres of cab sauvignon. He relegated pinot noir to a short paragraph under the general heading of “New Varieties”. No doubt it was a similar story across Australia.

“Shiraz was planted everywhere, and had, and still has the great advantage of flexibility. It can make a wide variety of wines. From tawny port (which in my early days was huge), through rose, dry reds of all styles and sparkling red.  And it can grow and do well everywhere.  When I was first at Magill, we took shiraz from Barossa (Kalimna in particular), Morphett Vale, McLaren Vale, Modbury, Adelaide Hills (Houghton), Coonawarra as well as Magill. It was great experience to see all these wines coming through from widely differing microclimates.

“In recent times, shiraz has been challenged by other premium varieties while still maintaining a dominant position in the premium dry red market.  Cabernet sauvignon has grown very significantly from the 60s, and more recently pinot noir. Although it’s fair to say that neither of these two wonderful varieties has the same adaptability that shiraz has in terms of site suitability.”

I hope that answers your question, David. Thanks so much for asking it.

And if you have a question, let me know. I love hearing from you! 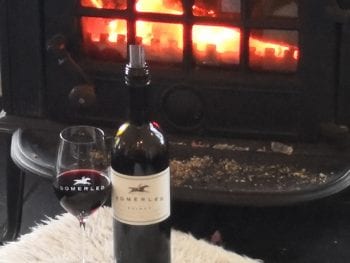 It doesn’t get much better than a Somerled Shiraz.

And now that we have re-opened our doors you can enjoy a half glass, glass or bottle of it while you sit by our fire!

Remember to book your table by sending us an email at cellarbar@somerled.com.au

One Reply to “Extended vacation…”