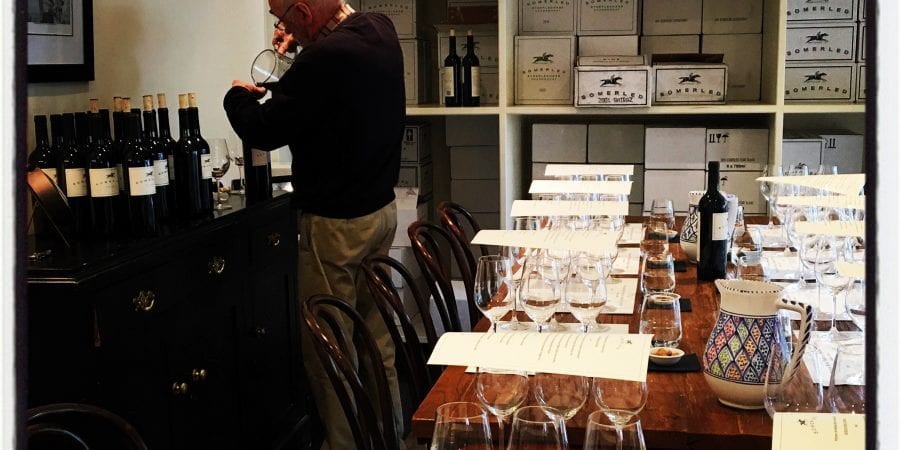 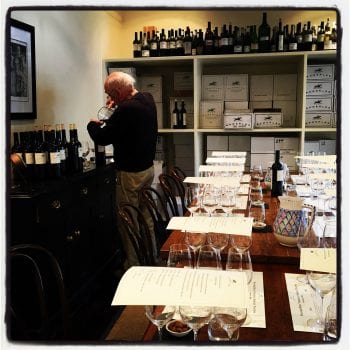 Now that the excitement of his trip to Germany and France has died down and the jet-lag is wearing off, it’s time to put Rob to work again.

This weekend sees a return of our most popular event – Rob’s vertical Shiraz tasting. It’s a chance to taste a range of vintages side by side to explore the difference and similarities while soaking up some of Rob’s extensive knowledge. He’ll be pouring the 2005, 2010, 2012 and 2013 museum Shiraz along with the current 2014 vintage. Guests will also get a sneak peek at the upcoming 2015.

(pssst… if you’re able to get to Hahndorf tomorrow there are still a couple of spots left!)

Tune in next week for a first-hand account (yes, I realise I have the best job in the world!) of this popular event. I will also have news of how you can be involved if you live interstate!

Until then, let’s delve into what makes Shiraz such a popular variety. 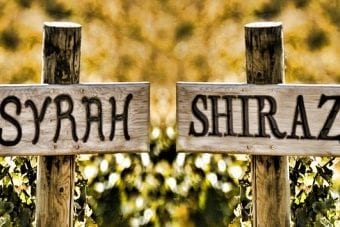 Ok… let’s get this bit out of the way first.

Both Shiraz and Syrah are the exact same grape varietal. It is simply a different way to spell it!

Without getting too bogged down in it all, Europeans (and other including New Zealander) tend to use the word Syrah and the term Shiraz is used in Australia (and South Africa). Basically, that’s it!

That said though, given Shiraz and Syrah come from different parts of the world it’s not surprising each has their own unique style. It has been said that Syrah tends to be slightly leaner than Australian varieties. It can be more complex, with softer tannins and is capable of short to long-term bottle ageing. Shiraz is full-bodied and is often encouraged to produce rich, ripe and intense fruit flavours (plum, blackberry, cherry, etc). These fruit driven wines with more intense tannins can be aged for many years.

And just to confuse issues we also use the word Syrah in Australia which is used to describe Syrah-style wines.

Syrah has a long-documented history in the Rhône region of southeastern France. There was still some mystery around whether it originated there though. That was until a 1998 study which confirmed that Syrah was the offspring of two very obscure varieties from the same area.

Shiraz was one of the original varieties brought into Australia. James Busby (“the Father of Australian viticulture”) introduced cuttings into in 1831. They were planted in the Sydney Botanical Gardens and in 1839 were brought from Sydney to South Australia.

With vineyards dating back to 1843, Australia has the world’s oldest Shiraz vines still in production. It is grown in all regions across the country creating medium to full-bodied wines. Flavour profiles and structure varies depending on the region, climate and winemaking techniques.

It does best, however in moderate to warm climates like Barossa Valley, Hunter Valley and McLaren Vale. The latter being the region Rob prefers for his big, fruity, luscious Somerled version.

The story of Grange – our world-famous Shiraz

Grange has always been a controversial and individual wine.

It was first made on an experimental basis by Max Schubert in 1951 and was generally not well received.

After touring Europe in 1950, Schubert implemented wine-making techniques observed Bordeaux region of France. His aim was to create a red wine to rival the finest wines of that region in terms of quality and ageing potential. 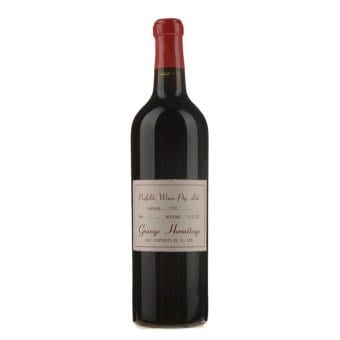 However, people didn’t understand or even like this new style of wine! In fact, most of the original 1951 vintage was given away! By 1957, the reviews and commercial prospects were so bad that Penfolds management forbid Schubert from producing it. Fortunately, he persisted in secret!

As early vintages matured in the bottle and became progressively less astringent and more refined, people began to take notice. Their true value became apparent, and in 1960 the management instructed Schubert to restart production, oblivious to the fact that Schubert had never stopped production and had not missed a vintage!

The acceptance of grange continued, and its reputation grew such that today it is recognised as Australia’s most famous wine.

Individual bottles of the 1951 vintage are still held by collectors; one sold at auction in 2015 for $65,000! The first vintage to be commercially released was 1952.

Of course, we all know (or should after you read this post) that Rob was trained by Max Schubert and was asked to oversee the production of Grange when it moved to the Barossa. Rob is a huge fan of this style of wine and emulates it perfectly with his Somerled Shiraz (so much so, that The Advertiser said it was “about as close to Grange as you’ll get”… but we may have already mentioned that once or twice, so I won’t bore you with the details).

Here’s what the man himself has to say about the 2014 vintage currently available through the Cellar Bar (and website and email and phone, etc.)…

There’s no doubting that this belongs to the Somerled family of dry reds.  But it makes a most interesting comparison with the 2013.  Both from a grape-sourcing and winemaking point of view the wines are very similar.  The 2014 was in barrel for just over two and a half years and has similarly complex flavours and aromas.  There’s some nicely integrated French oak notes showing through – about 18% of the barrels were new.

It’s a little bigger than the 2013, and is still softening and rounding out, but the wine has warmth and great length already.  It has many years ahead of it, reaching a peak in maybe 3 or 4 years.

This is the first Somerled Shiraz with a screwcap rather than a cork, and I have great confidence that the maturing process will be very similar.  My own experience with screwcaps on reds goes back to 2002, and the results have been great – the wines have developed beautifully under screwcap!

This just in… (and a tad too late for this week’s post!)

There have been some exciting developments in the vineyard regarding our recent weather and the first signs of bud burst! I might have to bump next week’s Shiraz tasting post now to bring you more.

You can either wait till then, or you can pop into the cellar bar this weekend and we can tell you all about it in person!