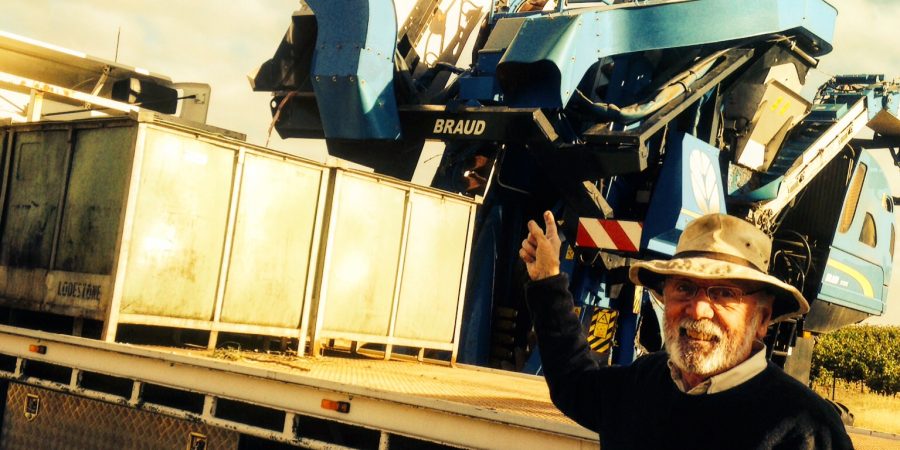 Heather and Rob arrived back from their Bowral visit this week with stories of freshly-blooming tulips aplenty.

During the Canberra leg of their trip, they stopped in at the war memorial. They wanted to find the name of and pay tribute to Stephen Bowd – Rob’s grandfather. While they were there, they were asked to join in the daily wreath-laying ceremony, which Rob gladly accepted and did so in memory of Stephen.

And what beautiful timing.

Our Stephen Bowd commemorative wine – Somerled’s 2017 Cabernet Sauvignon – will be released next week!

According to Rob, he was looking for something different for this extra-special wine. He also wanted to find fruit from the southeast as Stephen lived in Mount Gambier. 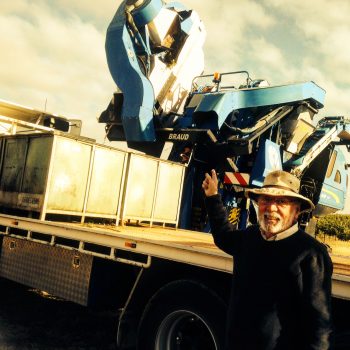 Cabernet Sauvignon is such an iconic variety from that region. And in Rob’s mind is and amongst the outstanding varieties in the world.

When he figured out what he was looking for he got in touch with long-time Somerled friend Greg Koch. He was hoping to secure a parcel of fruit from his Wrattonbully (located between Padthaway and Coonawarra) vineyard.

Unfortunately, as the season progressed it looked less and less likely that the quality of grapes at this vineyard was going to be up to scratch. It was then that Greg suggested that the Cabernet from his Clare vineyard was looking much better.

Rob had a look and loved what he saw/tasted.

The rest is history! (which you can catch up on here and here!)

As most of you know, Rob spent a few of his winemaking years at Wynns Coonawarra (before they were taken over by the Penfolds group in 1985). And one thing Wynns is pretty well known for is making excellent Cabernet.

So excellent in fact that Rob travelled to London (in the late 80s) to accept the award for “Best Cabernet Sauvignon in the World” at the International Wine Show!

He was put in charge of making the John Riddoch Cabernet Sauvignon – part of their Icon range only produced in outstanding years. His immediate reaction was… “how on earth can we improve on the Black Label”?

Instead of using a mix of French and American oak, they used purely French. They used only the absolute best parcels of fruit and made small volumes. The result was an intense, rich cabernet. It would take a long time to come around in terms of softness and complexity, but it would do nothing but improve with age.

Rob thinks that if you could get your hands on one of those award winners from the 80s then it would probably still be drinking beautifully!

How does it compare?

Rob has made ours much more elegant, but still with those distinctive Cabernet aromas.

It has nice firm tannins – “chewy” as Rob says, which makes him very happy (particularly with his Penfolds heritage).

It has a lovely length on the palate, which will keep actually improving for 4 or 5 years, until it hits its absolute sweet spot in 8-10 years!

“For me, opening a bottle of Wynns Black Label is like coming home in a way – it’s such a comfortable wine”.

We hope that the 2017 Somerled Cabernet Sauvignon makes you feel the same way!

If you live or happen to be in Adelaide on Sunday 13th October come to the launch of this exciting new wine. You’ll get some delicious food and (of course) some fabulous wine!

We’ve already sold half of the available seats!

Oh, but I forgot to mention, it’s just for our Jockey Club members. Not a member? Sign up now!