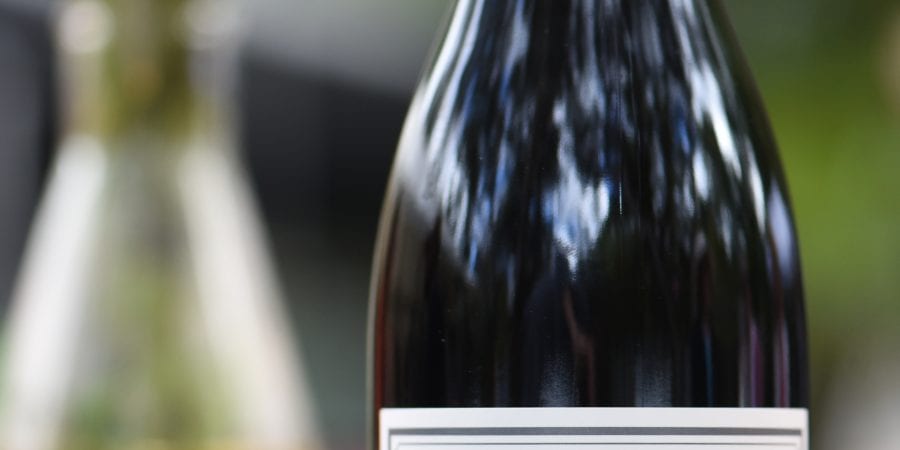 Have you ever wondered why wine bottles come in different shapes? Sure, it probably has a fair bit to do with marketing, but what’s the history behind the shapes?

Our 2018 Rose will be heading to the bottling line early next week and is destined for a different kind of bottle this time around (tune in next week for more). So, why does Rob choose the bottles he does?

First things first though… it is important to understand that the shape of the bottle does NOT affect the taste of the finished product. So, basically, you can use any shape bottle for any variety or style of wine. The sole exception is with sparkling wine, but we’ll get to that.

Let’s start with the basics though…

Glass is an inert (or chemically inactive) substance. It won’t react with the wine or impart any of its own “flavour”. This makes it perfect for ensuring that all the flavour development comes from the wine itself. Glass is also very strong which ensures the wine stays protected for years to come – always important if you’re hoping to store your wine for any length of time.

Wine bottles have been made from glass for centuries. It wasn’t until the beginning of the 19th century though that bottles evolved into the styles we see today. While there are hundreds of variations, here are the top four styles you’ll see on shelves today… 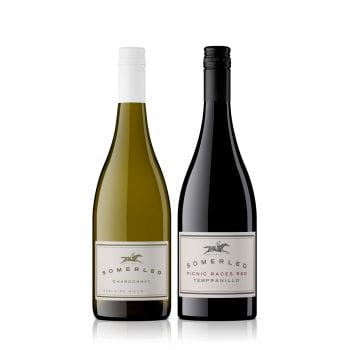 The theory is, this is the first of the modern style bottles to make an appearance. It is thought that the bottle’s curved sides exist simply because this design was easier for glassmakers to create. Following the bottle’s creation, producers from Burgundy in France began using them for their red and white wines (think Chardonnay and Pinot Noir). Within a few decades, the bottle became synonymous with good Pinot and Chardonnay. As these two very popular grapes spread across the world, so did the Burgundy bottle.

These days you’ll definitely still see Chardonnay and Pinot in this shaped bottle, but also other light, bright and complex reds along with whites which have usually seen some oak (although not always the case).

When it comes to the Somerled range, this is what Rob has to say…

“Chardonnay, Fumé Blanc, and Pinot Noir are all in the “burgundy” shaped bottle, as particularly with Pinot and Chardonnay, this is the shape the French have used for these varieties for generations. It just seems right to continue..!! 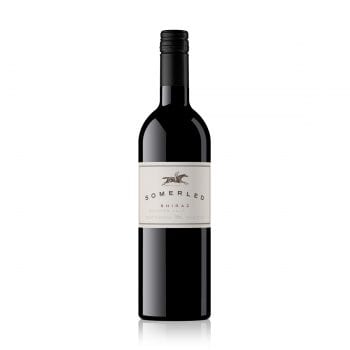 Almost immediately following the creation of the Burgundy bottle, the Bordeaux bottle appeared. It was used for two of the most popular red wines in the world, Cabernet and Merlot. Again, due to the popularity of the varieties, the bottle became well known and used around the world.

What sets the Bordeaux bottle apart from the Burgundy bottle is the bottle’s distinctive shoulders. It’s not known if Bordeaux producers wanted to distinguish their wines from those of Burgundy, or if they just designed a bottle with shoulders to help trap sediment when pouring.

You’ll find a few Somerled wines in this shaped bottle. Here’s what Rob has to say about those…

“The Sauvignon Blanc is in this shaped bottle, following what has become the standard.

“The Shiraz is a bit of a conundrum in that we use the distinctive Bordeaux shape... and a nice heavy solid one at that. I know Shiraz has nothing to do with Bordeuax style wines, but we’re not alone in putting shiraz in this shape. Most shiraz in Australia goes into these types of bottles.

“And the Rosé is also in the Bordeaux bottle. But this is the only time we don’t use the familiar “antique green ” colour – we use clear, so-called “flint” glass, so that the lovely colour of the wine shows through.. I think most Rosés are in a similar shape, and clear glass…”

Finally, the Alsatian/Mosel bottle came into existence shortly after Bordeaux. It was originally created for Riesling (dry and sweet). These bottles are much more delicate than their Burgundy and Bordeaux counterparts. It is thought this is the case because the main transportation route for these wines was the Rhine river using smaller ships. For that reason, the bottles needed to be slender in order to fit as many as possible inside the hull.

We’ll have to wait for Rob to make a Riesling to see that shaped bottle in the Somerled range (hint hint)! 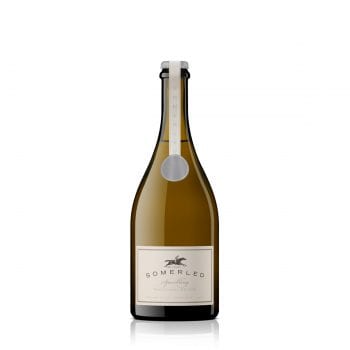 While this “skittle-shaped” bottle looks nice, this bottle’s design came more out of necessity than style. Its thick glass, gentle sloping shoulders and deep punt are essential to avoid exploding bottles during transportation. Given Champagne or “sparkling” wine can reach pressures of 80 to 90 psi (3 times the pressure inside a typical tyre!)  it requires a pretty sturdy bottle. Keeping all that pressure inside the bottle also requires a larger and reversed tapered cork or in our case, a crown seal. In addition to being a technical necessity, the punt is also used by the sommelier to help pour the wine, providing a grip for the thumb at the bottom of the bottle.

And when it comes to the Somerled range…?

“Sparkling, both red and white, go in the “skittle” bottle. This is pretty much because we like the shape. It’s solid, stable and heavy and gives a nice quality impression.“

What all of these bottle shapes have in common though is that they can be stored horizontally, keeping the cork moist (from the days when cork was the most common closure) and the seal tight to prevent oxidisation. 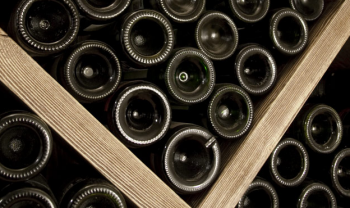 The punt of a wine bottle is that funny concave bump, dimple or steep rise portion at the bottom. Some people call it a hump. It is also known as a push-up or a kick-up. Some glassmakers also call this feature a “shove-up”, and when the base indentation is shallow, it is often described with terms like “indented” or “domed”.

Sure. But why is it there and what does it do?

As far as I can tell, no one can really agree on that! The reasons I’ve seen cited include, for aesthetics, stability, content sedimentation, to enhance strength, marketability, practicality and sophistication!

I’m not going to delve into each of these, but my educated guess is that it’s a hangover from when wine bottles were free blown using a blowpipe and a pontil (an iron rod uses to hold a shape soft glass… funnily enough, also called a punty). This technique leaves a punt mark on the base of the bottle, by indenting the point where the pontil is attached. Happily, it also gives the bottle stability and strength.

Not only do wine bottles come in a multitude of shapes, but they also come in different sizes… many more than I have included in this table below (thanks wikipedia), but it’s a start.

From a personal and entirely selfish point of view, I wish all (particularly our) wine came in the same shaped bottle. Please spare a thought for us when we’re trying to pack tricky Jockey Club packs like the Rosé and Sparkling you got in January!