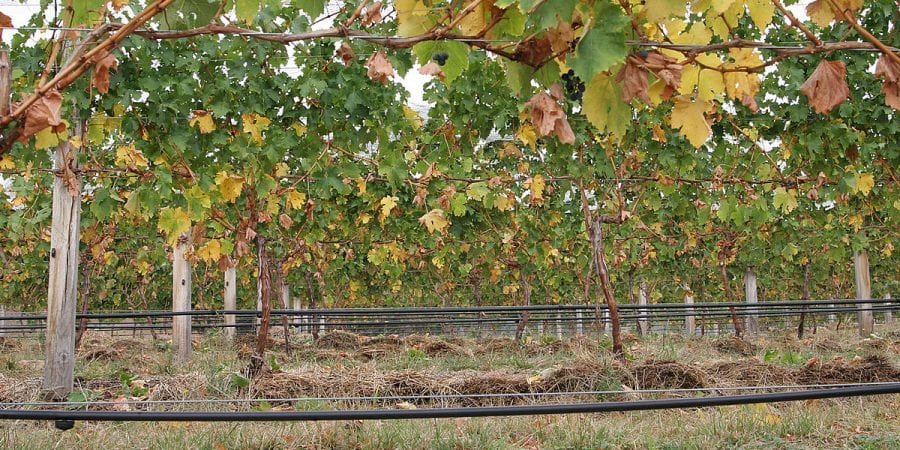 Since we spoke last, my husband and I took a very quick road trip to see family… in Southern NSW… with a toddler (what were we thinking?!). 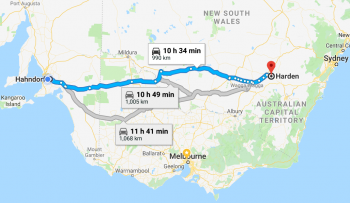 Whichever way you look at it, it’s a bloody long way!

Luckily we had some Somerled on board to sustain us when we reached our destination.

In between tantrums (both me and the toddler), I had plenty of time to contemplate, and to see first hand, how badly our farmers have been affected by the drought. Failed and struggling crops everywhere I looked.

According to the Bureau of Meteorology, both NSW and the Murray-Darling basin have recorded less than half the typical winter rain, at just 46% of the norm. It was the eighth-driest winter on record for NSW and the driest since 1965. Nationally, rainfall was a third below the average for winter. And it doesn’t seem to be getting any better – September was Australia’s driest on record.

We have a friend with a farm just out of Tamworth and up until the end of September, he’s had just 100 mL of rain for 2018. The annual average for this area is 600 mL.

What about our grape growers?

So, it got me thinking about how grape growers are faring.

Lucky for me, I had someone who knows quite a bit about viticulture sitting next to me, so I picked his brain for this post.

Here’s what he had to say…

The good news is, most vineyards are irrigated these days. That means the effects aren’t as pronounced as they are in broadacre crops. But there are still implications.

We’re not in too bad shape here in the Adelaide Hills though – grapes throughout the region are thriving. We’ve had a bit of rain throughout the year (not a lot, but enough), so things are ticking along just nicely at the moment.

The fact that we haven’t had torrential downpours is actually of some benefit for growers. The more rain we get the more work has to be done to manage the vigorous growth of the crop. The lack of rain means that growers can manage the amount of water the vines get (via irrigation). This assists the vineyard manager in ensure the balance between enough growth and too much growth is just right.

Other areas though haven’t been so fortunate. A lack of water in regions such as the Barossa, Langhorne Creek and the Riverland is creating a difficult season for growers there. Short shoots and small canopies may lead to over exposure and sunburnt fruit.

The lack of heavy rainfall means no downy mildew (yay!). However, powdery mildew doesn’t need rain so at-risk vineyards will still need to keep up with their spray programs for this damaging disease.

Pests such as Light Brown Apple Moth could still be a problem. They like to hang around in the gum trees in between vintages, and they are capable of tolerating dry conditions.

So, what effect will the drought have overall?

Well, yields are going to be lower for sure.

With less fruit around, this means that the cost of grapes could go up. Selfishly, this doesn’t mean much for the consumer though. You will rarely see fluctuations in wine prices due to drought. This is because the cost of grapes is such a small component of the total cost of wine production. So, great news if you like wine!

On the other hand, it’s not good news if you like to eat food. In all seriousness, they are the farmers doing it the toughest at the moment. But seeing this is a blog about wine, let’s get back to the topic at hand.

The biggest challenge for growers in drought years is to ration out any water they do have. Whether it’s a water allocation or water collected in dams, it is a delicate process to ensure this finite resource is used at the right time during the growing season.

And they can’t just hang onto it and see what happens. If the vines are too dry early in the season then there is a risk that once the leaves and berries appear the leaves will begin to defoliate before the grapes are ripe. This can mean disaster for the grapes as they need the leaves to ripen properly. The sugars in the grapes originate in the leaves, so once the leaves are gone the berries have no way to increase their sugars.

Don’t get me wrong. It still could be a very good year for grapes across the country. Growers will be keeping a very close eye on the temperatures during February, though. The absolute worst-case scenario for vines is drought followed by a heatwave. This could spell disaster for the season.

Be sure to stay tuned for future updated here as I bring you all the latest from the 2018/19 growing season.

Grape growers are farmers too!

When we hear on the news that the “farmers” across the country are struggling, it’s important to remember that grape growers are farmers too. They are by no means as badly affected as others, but it’s still a tough business to be in.

So, by all means, buy a bale… but why not buy a bottle too?! 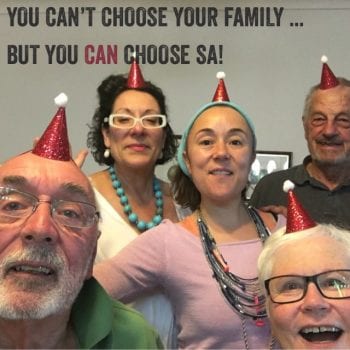 On that note… this Saturday is I Chose SA Day. What better time to pop into the cellar bar and enjoy some local food and wine?! Or better still, stock up for home so you can “choose SA” whenever you want!