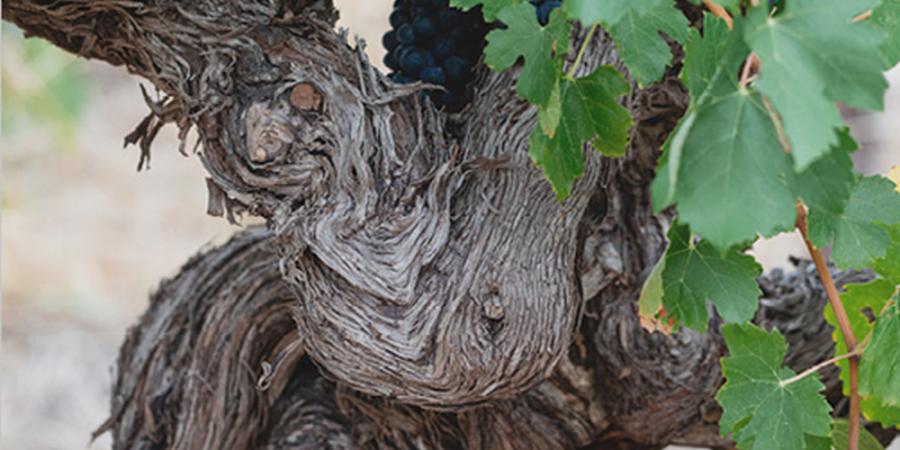 I got part of the way through writing about the topic I promised you last week and decided that it was mind-numbingly boring.

No matter how I spun it!

So, if you’d like to learn more about why wine is filtered and how they go about it… be my guest and have a read of this article. The AWRI (Australian Wine Research Institute) has done a much better job than I ever could (although it’s still boring)!

Now, onto something far more interesting…!

Our Sauvignon Blanc and Picnic Races Red are back!

The 2022 Sauvignon Blanc and 2020 Picnic Races Temrpranillo Graciano hit the shelves yesterday afternoon and are now ready for your glass.

And if you’re a club member there might just be a bottle of each in your July pack. Keep an eye on your emails this time next week.

Now, onto this week’s topic…

Perhaps you spotted the words “old vines” printed on a bottle label.

But, how old is old?

Some of Australia’s oldest vines are more than 150 years old.

So, what’s the deal with old vines…?

Old vines tend to lose productivity with age. Many believe that this increases the concentration of the fruit and yields more concentrated wine… although less of them.

This means that vines pull their nutrients and water sources from far below the surface. For this reason, older vines don’t suffer as much vintage variation and tend to be more draught/flood tolerant.

They take care of themselves

Old vines tend not to need so much care. As long as the vines are healthy.

This question comes up a lot. And the answer is as complex as old-vine wines themselves.

Something isn’t necessarily better just because it’s old. Old vines don’t automatically produce better wine than young – there are plenty of other factors involved, including climate, region and winemaking techniques. But if everything else is right, old vines can produce wines of great finesse, depth and balance. So vine age can be an indicator of potential quality, but it’s not a guarantee.

Ultimately, these vines have produced good fruit and good wine from a very early age. If they weren’t able to produce special fruit, they wouldn’t be around today. 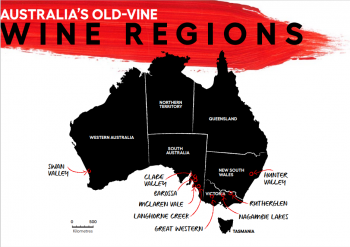 Australia has the largest selection of old-vine material in the world. Scattered across the country in some of our most renowned wine regions, these vines have been nurtured for generations and are the basis for many memorable wines.

Among Australia’s old-vine regions are:

Australia’s Barossa is an exceptional and diverse viticultural region, with a proud history of grape growing and winemaking
that dates back to 1842. Acknowledged as a leading wine region, it’s home to some of the oldest vines in the world.

To catalogue its vineyards, and to classify its old vines into four age groups, the Barossa region created the Barossa Old Vine Charter in 2009. The charter aims to recognise, preserve and celebrate the region’s old vineyards. While the charter is specific to the Barossa, it’s a good point of reference for all of Australia’s old vines.

These vines have grown beyond adolescence and are fully mature, with a root structure and trunk thickness that encourage diversity of flavour and character. They consistently produce high-quality fruit and wines of distinction and longevity.

These old vines have reached a significant milestone and serve as a living example of the commitment of grapegrowers and winemakers who value the quality and structure that the vines impart on their wines.

These pre-phylloxera vines, planted generations ago, have impressively stood the test of time and matured with thick, gnarly trunks. They produce low yields of intensely flavoured grapes, which can translate into wines with strong character and concentration.

These vines contain genetic material that has helped populate the region with irreplaceable old stocks that underpin viticultural tradition. They are mainly dry-grown, low-yielding vines that produce grapes of great flavour and intensity. They are believed to be among the oldest-producing vines in the world.

OLD VINES AROUND THE WORLD

Lodi was an epicenter of grape production back in the late 1800s. You’ll find a lot of Zinfandel along with other unique varieties like Trousseau, Touriga Nacional and Tannat.

During the 1970s, Languedoc became known as “The Wine Lake” because of overproduction. It got so bad that wines produced in the area went directly to be distilled for fuel. The country instituted a large-scale “grubbing up” regime, paying farmers to pull out their vines, and many did. Fortunately, the ones that didn’t still produce some of the best wines known to man! 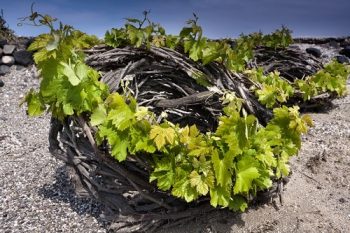 Red wines aren’t the only type of wine to benefit from mature vineyards. On Santorini island you’ll find the rare Assyrtiko grape trained low to the ground into bizarre wreath-shaped vines. The best grapes are often used for a rare oaked version of the wine called “Nykteri,” which is not too dissimilar from fine white Burgundy.

And just before I go…

Some more progress photos from our club room renovations… 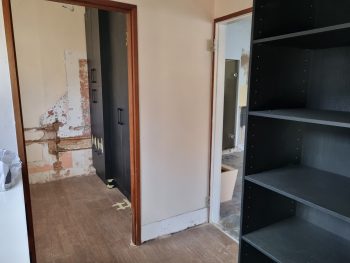 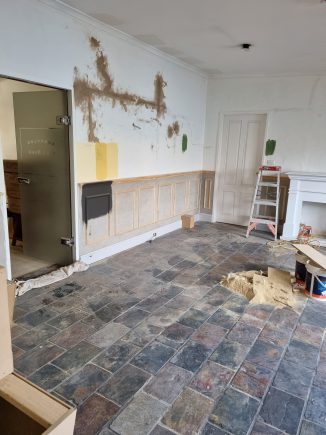 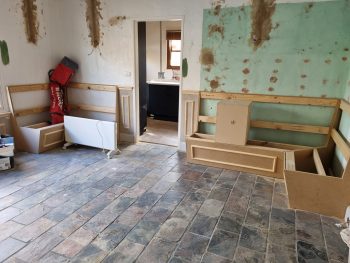