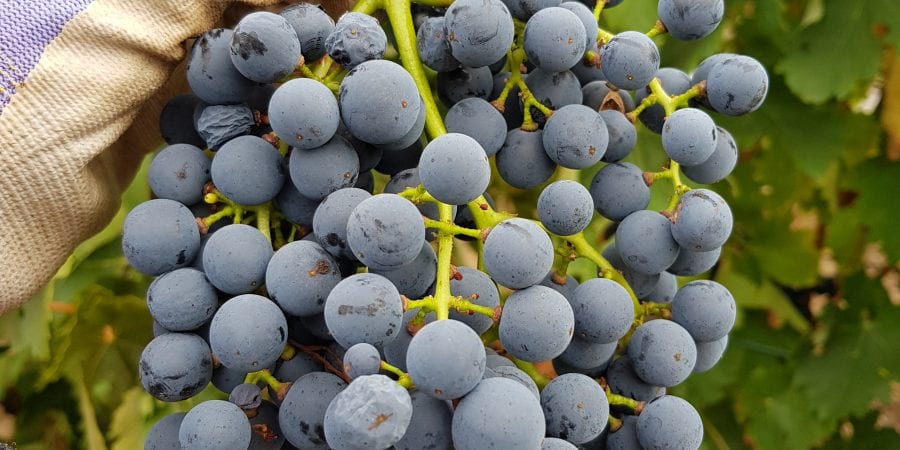 Perhaps you’re new to the blog?

Perhaps you’ve missed an episode here and there?

Perhaps you enjoy a glass of Somerled Shiraz or two while reading the blog and the content doesn’t always sink in?

Perhaps you just haven’t been paying attention?! (shame on you)

Even if you have been paying attention, with vintage 2018/19 well and truly behind us, what better time to look back at the vintage that was…

Let’s not beat around the bush…

For Adelaide Hills grape growers, vintage 2018/19 was… disappointing. It returned some of the lowest grape yields seen for many seasons. In fact, it was under 60% of the total harvested in 2017/18.

Even though volumes were down, winemakers were generally very happy with the wines that were produced. One winemaker, in particular… Rob Moody! He is very excited about the wines he has/is still producing from our most recent vintage. Hooray!

How it all panned out…

Despite unseasonably dry conditions at the beginning of winter 2018, we made up for it in June and August. Those months saw above-average rainfall, which meant most of the region had close to optimal soil moisture at budburst. this means that the season got off to a pretty ideal start.

Rainfall during the growing season was really low. Just 43% of the Long-Term Average (LTA). July and September in 2018 recorded 54% and 26% of the LTA. This is a significant difference as these months are normally high rainfall months (the deficit for these two months alone being 164 mm).

That wasn’t terrible news though (for vintage 2018/19 at least). Low rainfall means very little disease and low pest pressure. Whilst it is usually not ideal to have rainfall so close to and during flowering (as was seen in November), dry soil conditions minimised the opportunity for disease issues. It also gives grape growers the opportunity to control their own soil moisture levels. This means they can optimise water levels at each of the different growth stages.

However, low rainfall puts a lot of pressure on a grower’s water allocations for the season. It didn’t help that the preceding year was also really dry. Should a trend in lower rainfall become established, it will mean that other strategies will be required to keep vineyards adequately irrigated.

Even though the start of the season was pretty cold, soil temperatures rose steadily as the season progressed. Budburst was even and flowers developed well. Growers were hopeful of at least an average crop potential.

The Adelaide Hills were struck by 3 days of unseasonably cold conditions right at the start of flowering. We experienced the coldest September since 2011 (9.3°C) being 0.2°C lower than the exceptional 2016/17.  This resulted in poor set in varieties that were in full flower, as well as causing cold damage to flowers that had not yet fully developed.

Fortunately, when it came to the other end of the spectrum, we only experienced two short heatwaves (only lasting 4 days each). Temperatures were much cooler between each spike which allowed vines to fully recover. We did join the rest of Australia with record temperatures on January 24, this didn’t have any detrimental effects on the vines. All in all though, January was the warmest recorded (since the late 2000s) at 21.3°C.

Luckily, there were very few reported cases of sunburn on either fruit or leaves. When we had our hot spell grape berries had not yet reached veraison – that’s when berries are particularly heat-susceptible.

So, what does all that mean?

The extremes of cold in September, as well as the heat in January, resulted in very poor set across the region. After three consecutive seasons with yields at approximately 27,000 tonnes of harvested grapes, the 2019 vintage returned around half of this tonnage for the Adelaide Hills

On the upside though, we had a lovely mild Autumn. This resulted in good flavour and colour development.

In mid to late October there were periods of strong winds and hail which caused damage in some vineyards, but this was limited to outside rows in exposed vineyards as well as hilltops. Still… not great!

And while I COULD elaborate on all the different pests and diseases and how the conditions impacted on each… I’m not going to. The first sentence sums it up just nicely!

While there was quite a rush to pick early ripening varieties in the Hills, the later ripening grapes seems to take FOREVER to reach the desired sugar levels.

Even though March and April were pretty mild, they were certainly not at temperatures which would explain the delay. The slow finish is likely related to a combination of small and compact canopies and the prolonged dry and mild conditions. Cold conditions early in the season resulted in shorter internodes (the distance between the buds on the shoot) in the fruit zone and more compact canopies.

Also, during the hotter months (January in particular) leaves were under greater moisture stress which may have affected the metabolism of the plant and slowed the rate of sugar accumulation.

If you’d like to know more (I feel like I may have cheated you on the Pests and Diseases section) you can read the full Adelaide Hills Season Review report here. Thanks to Hamilton Viticulture for the inspiration for this post.

And, if you can’t be bothered reading any of that, here is some guy (who I may or may not know) with a quick video summary of the vintage.