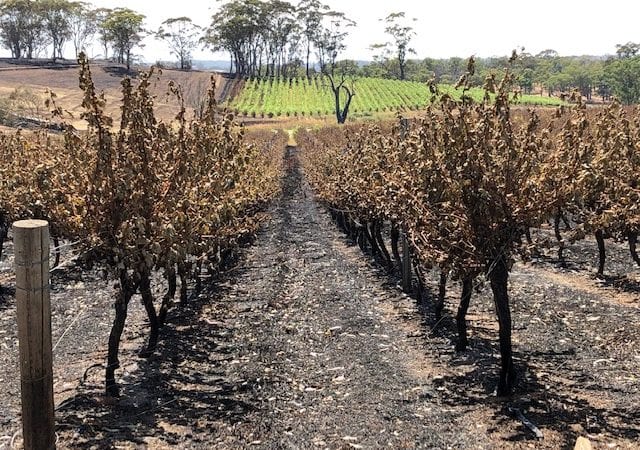 If you’re somewhere where bushfires are threatening, please stay safe.

I am finding it incredibly hard to get my tiny head around the extent of devastation we’ve already seen right across the country. Particularly this early in the season. Over 1300 homes lost in NSW already? Incredible.

And while I don’t really feel right turning the focus back on us again, we can’t deny that our wine region is still reeling from what happened here two weeks ago.

The full extent of the damage is only just becoming reality for growers as they start the process of cleaning up and figuring out what to do next.

So, how do they figure out what to do next and where should they start?

The first thing growers should be focusing on, regardless of the extent of the damage, is replacing irrigation systems. If affected vines have any chance of surviving, then getting water to them is essential.

The problem with regard to the timing of this fire though is that most suppliers were in Christmas holiday mode. That means getting replacement irrigation equipment has been difficult.

Earlier this week, we gathered an amazing team of volunteers (headed up by Rob and Lucy) to help Kim Anderson pull up all of his damaged piping. Thanks to everyone’s help, that job is done and Kim is now waiting on replacement equipment to get his vineyard up and running again.

Here are a couple of photos from Kim’s vineyard, including one shot of his melted irrigation pipes… 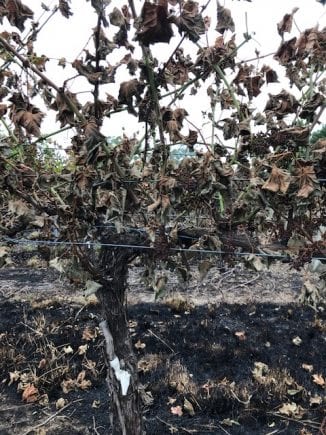 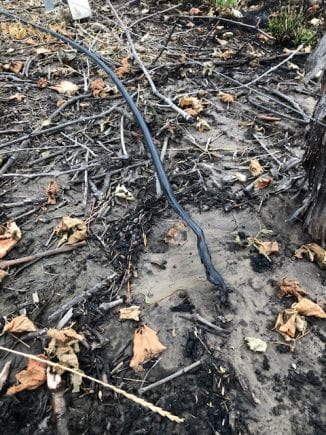 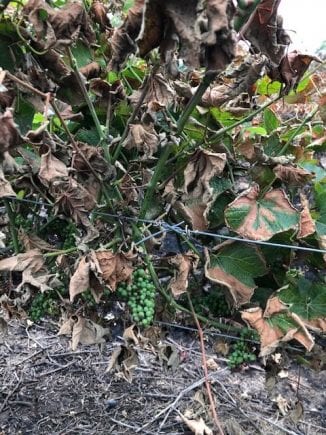 Growers and vineyard managers are working to a bit of a time limit though. Ignoring the fact that it’s still hot and the vines need a drink, there is also this thing called “conditional dormancy”.

Basically what that means is that after the summer solstice (December 21), if vines experience any sort of stress they go into a type of dormancy. The best way to stimulate growth and to get them going again is to give them a good water. And ideally, that should happen ASAP (up to around 3-5 weeks from now).

2. Find out what is alive and what is dead

There is probably not much of a point wasting water on vines that have had it. The problem is though, any affected vines won’t be showing any new growth for another 3 weeks or so.

So, how to tell if the vines are viable or not?

Long story short… you take a small slice of bark off any part of the vine. Any green colour suggests that the tissue is alive and the surrounding structures are viable.

However, particularly in older vines, just because the section you tested looks viable, it doesn’t mean the rest of the trunk or vine is. Therefore, the response to watering can be really variable. If the decision is made to persist with affected vines in the hope they will fully recover, then it is basically just a waiting game to see if it pays off.

Anything which is beyond salvageable will need to be removed and replanted (if that’s what the grower decides to do).

There is plenty of time left for that though. Planting of new vines should happen in winter next year.

What a horribly stressful time it has been for our wine region. With the fires only recently contained and the clean-up process underway, we can only hope that the remainder of summer is not quite so eventful.

I will eventually get back to that little block of vines down on the Adelaide Plains with a full update soon. However, I do have one exciting piece of news to share with you…

The tempranillo is showing the first signs of veraison (when the berries begin to change colour)! 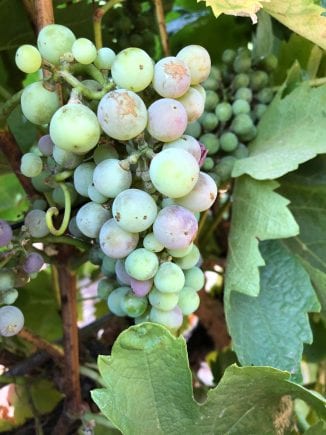 Tune in over the next few weeks for more!