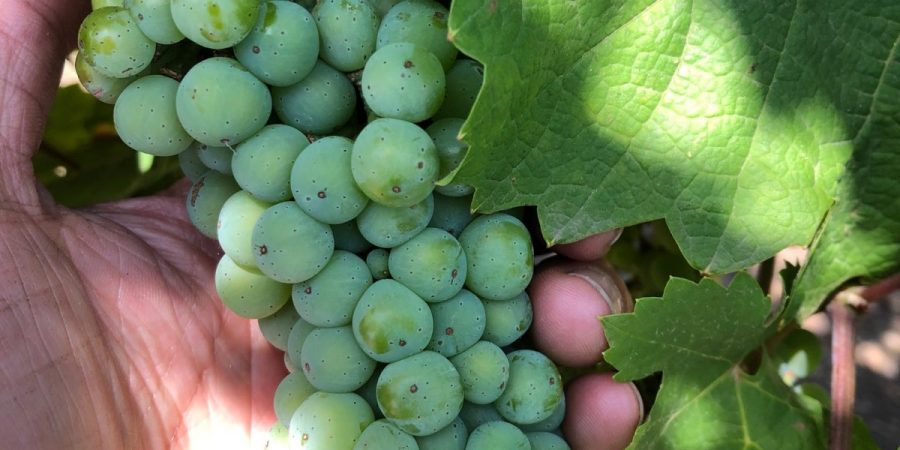 At this time of year, it’s easy to forget that while many of us were busy eating, drinking and generally being merry… the vines (and the people who look after them) have been hard at work.

With vintage 2022 fast approaching (how did that happen??), it’s probably about time we had a look at what’s been happening in the vineyard.

And in our defence, we have had a lot going on with our 2021 wines (ad others) lately (here is a photo of Rob spending some time with them yesterday – more on that next week) – it’s hard to keep up! 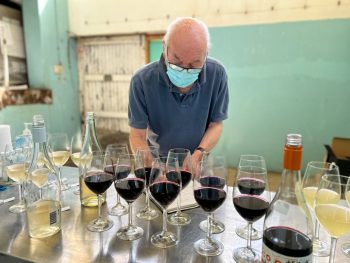 Now there’s a word I don’t think I’ve used before?!

Phenology defines growth and development that are related to climatic factors, and that recur periodically in plants and animals.

Grape growers use phenology to track, recognise, understand, and describe the annual growth and developmental stages of the grapevine.

It’s like the calendar of a grapevine. And we use the standardised E-L system to describe phenological growth stages of grapevines. We’ve talked about this a few times, but if you need a reminder, check out this blog.

Right, back to the vines…

According to last week’s crop watch report by Hamilton Viticulture…

All varieties have reached E-L 33, berries hard and green.

Shoot growth is slowing and many vineyards have trimmed those shoots to improve leaf exposure in dense canopies. Before they were trimmed, canopies were of average length for the region and are shorter than recorded in 2020, but significantly longer than that of the wet cold spring of 2016.

This season is currently running later than usual, by 1-3 weeks. Other than a handful of hot days, it’s been a chillier than usual summer here in the Hills.

So, what have we missed (since we last chatted about the vineyard)?

I think last time we chatted about the vineyard, I’d just missed budburst, so it’s only right I miss another super important stage in the phenology (there you go! you know what that means now!) of grapevines throughout the Hills!

The stage of fruit set follows flowering almost immediately when the fertilised flower begins to develop a seed and grape berry to protect the seed.

This stage is critical for wine production because it determines the potential crop yield (or how many grapes are produced and then harvested). Not every flower on the vine gets fertilised – the avergae is around 30% fertilisation. Unfertilised flowers eventually fall off the vine.

Climate and the health of the vine play an important role. Low humidity, high temperatures and water stress all have the potential of severely reducing the amount flowers that get fertilised.

Here are another couple of new terms for you (to be honest though, we don’t really use these terms in Australia… but I really like the words (said in a thick French accent of course) so I’m sticking with them)…

Also called “shatter” occurs when there is an imbalance of carbohydrate levels in the vine tissues and some berries fail to set or simply fall off the bunch. The cluster of grapes that eventually forms is loose and missing grapes.

If the improperly fertilised flower stays attached, it produces a puny, seedless grape called a “shot” grape. Although the yield is reduced, there is a corresponding benefit—loose clusters that allow for increased air circulation are less susceptible to rot in humid conditions.

Varieties like Grenache and Malbec are prone to this abnormal fruit set.

Millerandage occurs when some fertilised flowers do not form seeds but only small berry clusters. Grape berry size depends on the number of seeds so berries with no seeds will be significantly smaller than berries containing seeds. On one cluster there may be berries of various sizes which can create problems during winemaking due to the varying “skin to pulp” ratio among the grapes. 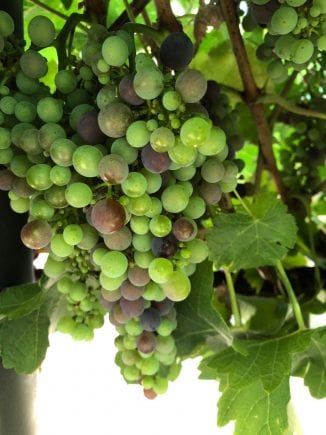 So, we’re not too far away from veraison! That happens when the vines reach E-L 35 and the berries begin to change colour.

We’ve been through this one a bit in the past, but if you’d like a reminder head on over to this post.

So far, this growing season has been a pretty good one. Not as good as last year obviously. That’s due to cooler temperatures and higher disease pressure. Let’s hope that the rest of the season remains uneventful and we can look forward to some great harvests in the near future.