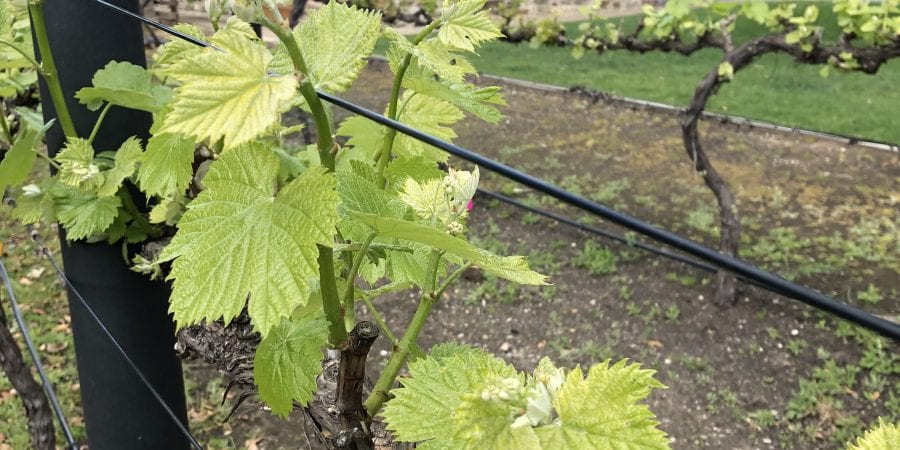 Due to the fact that it feels much more like Winter at the moment, I have to keep reminding myself that is is actually Spring! And the grapevines are out there doing their thing. Albeit it, somewhat slower than they might be if we were experiencing some more Spring-like weather!

Come on Spring… I know you can do it!

So what exactly have we missed while I’ve been huddled up next to my fire?

According to last week’s CropWatch report (annoyingly they come out on Friday afternoons, so we’ll have to put up with week-old news until I brave the cold and go and have a look for myself!), the vines in the Adelaide Hills are currently at the following stages… 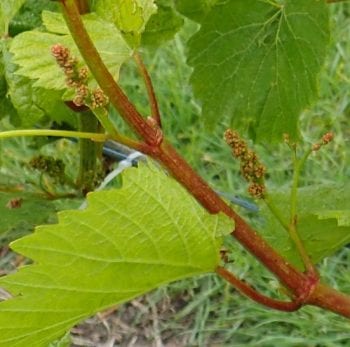 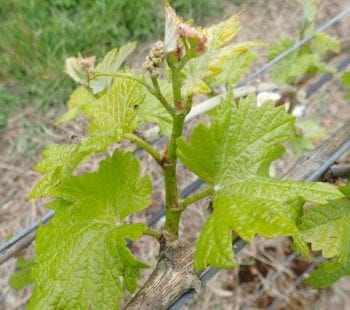 I know I’m at risk of repeating myself (several times I think), but this is definitely worth revisiting.

With that in mind, let’s go back and have a look at…

The annual growth cycle of the grapevine

A “perennial” plant is one that grows or blooms over the spring and summer, dies back during the autumn and winter months, and then repeats the cycle from its rootstock the following spring.

(E-L stage?? What the heck? Don’t worry, I’ll come back to this later)

In Spring (around September/October), the first signs of life occur as the buds begin to break. At this stage, the vines are very susceptible to frosts. Vineyard managers are keeping a VERY close eye on the chilly weather right now. While there are currently no long term predictions of frost, it always pays to have your frost protection ready at this time of year.

The bunches are clearly visible at this point. There are five leaves that are visible and open.

The flowers of grapevines are called “perfect flowers”. This means they have both male and female parts and they are able to pollinate themselves without the need for bees.

We’ll come back to this again in the coming weeks but this is the stage at which 50% of “caps” fall off exposing the reproductive organs of the flower.

Cap fall is complete and the young berries begin to grow.

The young berries are now around 7 mm in diameter or about the size of a pea.

This is when the berries begin to enlarge and change colour. At this stage, the berries are getting sweeter and softer.

The berries are ripe and ready to harvest!

What is an E-L stage?

In the science world, we like systems and classifications (well, at least I do!).  And it turns out two blokes named Eichhorn and Lorenz did too. So much so that they came up with the first classification of stages for grapevine development (or phenology) in 1977. It has been modified a few times since then but is now commonly referred to as the Modified Eichhorn-Lorenz (E-L) system.

The diagram on the left is the official chart. You can see that the eight major stages are preceded by a number of other stages numbered from 1 to 47.

This chart should make those words from the crop watch report up there make a lot more sense.

So (remembering this news is a week old now), the least advanced vines in the Hills were at growth stage  E-L 11. This means that there are 4 separate leaves visible.

And the most advanced vines were at growth stage E- L 15. Which according to the chart means – 8 leaves separated, shoot elongating rapidly: single flowers in compact groups.

I’ll pop in later today or tonight once I’ve got this week’s Crop Watch with an update of the current growth stages.

Good, now that we’re all on the same page we’ll all know what I’m talking about when I give you a season update each week! No excuses!

Until next time keep warm (or cool… whatever the case may be on that particular day!!)!

Were you one of the lucky few who managed to get your hands on some of Rob’s special release Cape d’Estaing wines?!

Then, make sure you check your inbox for your exclusive invitation to a chat with Rob about your newly acquired wines. Do you have any questions? This is the time to ask (either live during the zoom or email them to me beforehand)

We look forward to seeing you all then (please let me know if you haven’t seen your invitation!)!