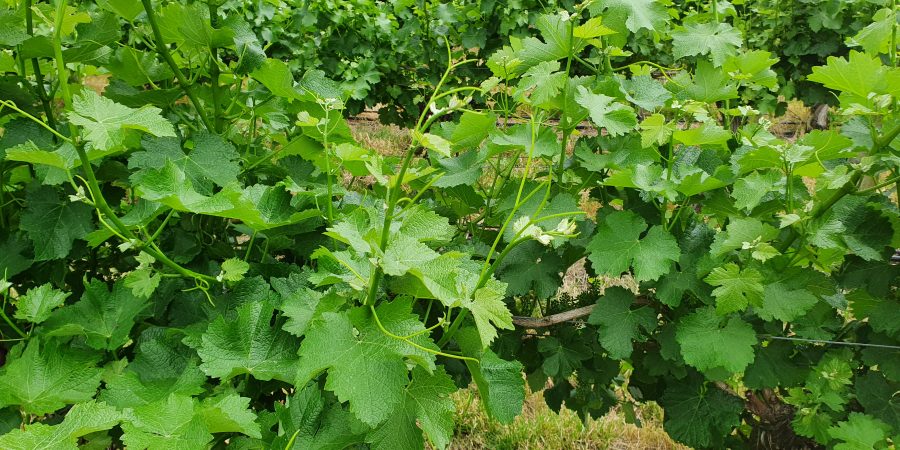 Hang on, isn’t it almost Summer?!

Someone clearly forgot to tell the weather that!

We bought more wood for the fire last weekend. Just a small amount because “surely this cold snap can’t last more than a couple of days?!”

With all the carry-on at the Cellar Bar of late – new wines arriving and old vintages running out, I’ve neglected to update you with what’s happening out amongst the vines.

So, it’s probably time to take another visit.

It’s probably not much of a secret that plants don’t do a heck of a lot when it’s cold. In winter, vines (and other plants) shut down and wait it out till the sun comes back.

And this is also what happens when the cold weather makes a surprise appearance… in November!

According to last week’s CropWatch report (so, even before this latest cold snap), Chardonnay at Macclesfield is currently two weeks behind compared to 2019 and 2020 and one week behind 2018. My educated guess is that this gap is going to be even wider this week.

The other problem with the up and downess (it’s a word, ok??!) of the temperatures this growing season is that vine growth has been inconsistent. CropWatch reported that in one variety in one vineyard (chardonnay at Macclesfield), the visible E-L stages ranged from E-L 16 – 20.

From a crop and disease management perspective, this is not a good thing. Ideally, each variety will be developing at the same rate so you can time sprays and other vineyard management operations effectively.

The other potential problem is going to pop up at the pointy end of the growing season.

Grapes on vines developing at different rates aren’t necessarily going to ripen at the same time. And if you’re looking for a particular ripeness in the juice coming from those grapes, things start to get a little problematic.

But, I’m getting ahead of myself. 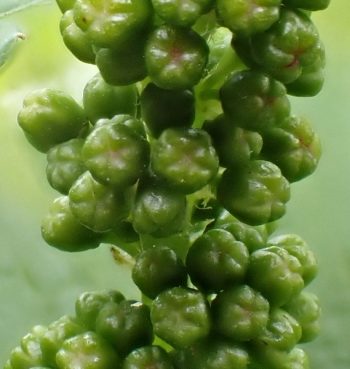 Most advanced
Chardonnay at Macclesfield.

E-L 18 (14 leaves separated: flower caps still in place, but cap colour fading from green) – this is an average due to the range of stages seen in the crop. 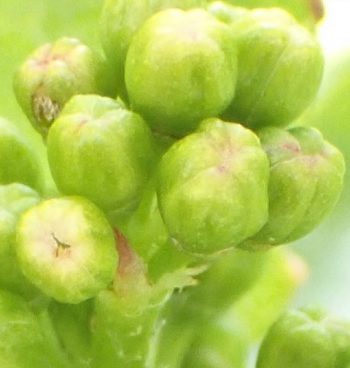 Remind yourself about E-L stages here.

I haven’t been able to get up close and personal with any vines this week, but I’d say the most advanced vines will be flowering. Which, in itself is exciting… it’s a very important stage.

But that large range of growth stages will mean staggered flowering (and fruitset), which is not ideal.

We’ve talked about Downy Mildew before, so you can get heaps more information in this post over here.

Downy Mildew is a pain the backside disease. Once you have it in your crop you pretty much have it for life. The key to keeping it under control is to keep an eye on the weather.

Along with the cold weather, we’ve also had rain.

And we’ve had three separate occasions in the last few weeks which have been conducive to a primary infection (that 10:10:24 thing I mentioned before). They were…

Earlier this week, CropWatch was advised of several incidences of the development of soil spots (the first sign of a downy mildew infection, see image) and one instance of a primary infection, all located in the central area of the Adelaide Hills region.

Bunches just prior to, and during flowering, are particularly vulnerable when downy mildew infection periods occur.

So, this probably couldn’t have happened at a worse time. 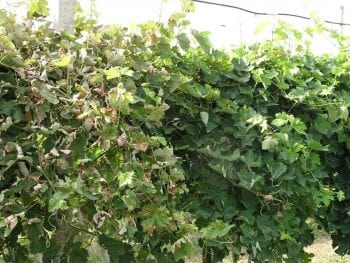 Grape growers will now need to be hyper-vigilant when it comes to monitoring their vineyard and keeping on top of their spray program.

And when I say “monitoring”, there is a nifty little test growers can do to keep one step ahead of any potential downy mildew outbreaks.

The Bag test involves placing suspect leaves into a plastic bag together with two drops of water.

The bag is then sealed to maximise humidity and placed in a warm drawer overnight.

By morning sporulation should begin to occur on the underside of the leaves leaving a downy growth on the areas where yellowing has occurred.

The same test may also be applied to old downy mildew spots as it provides assurance that any treatments applied have completely killed any fungal development.

Fingers crossed, growers throughout the region can get on top of any issues early.