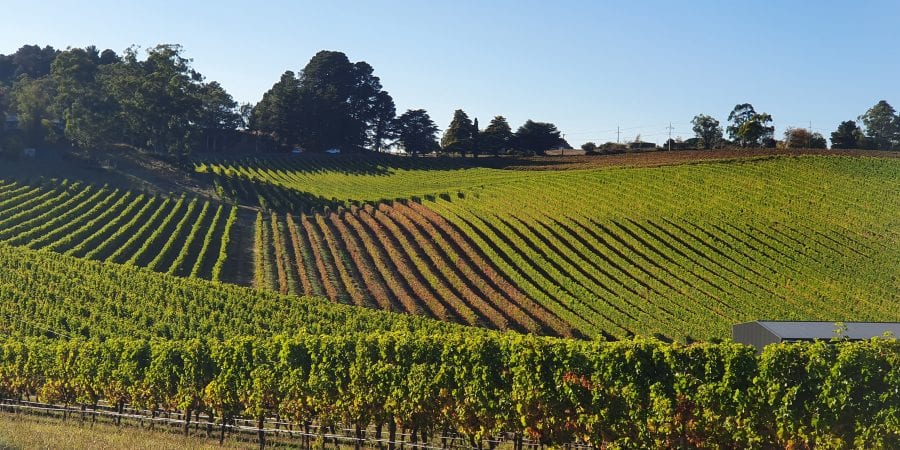 While most of you have visited the Adelaide Hills at some stage (and if not, why not??!), how much do you actually know about the region?

It’s probably about time I introduce you all to our beautiful backyard!

And having not been born and raised here myself, I may learn a thing or two along the way as well. 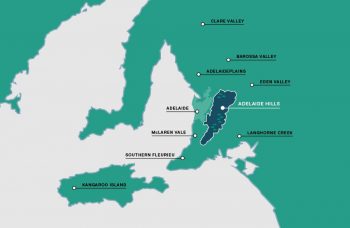 Situated east of Adelaide, the Adelaide Hills is one of the coolest-climate wine regions in South Australia.

We have a diverse landscape of peaks and valleys, bushland, farms and vineyards, where some of Australia’s best quality grapes are produced.

Adelaide Hills is home to a forward-thinking wine community. Grapegrowers and winemakers work together to produce a diverse range of premium cool-climate wines.

We have a mix of established producers crafting classic styles along with creative makers experimenting with varieties and techniques. This makes Adelaide Hills one of Australia’s most exciting wine regions!

The first commercial vines were planted by John Barton Hack. He most likely planted Shiraz and Grenache. Other vineyards soon followed and from 1840 to 1900 there were more than 200 growers and winemakers in the region.

Due to financial pressures and lack of cool-climate viticulture experience, vineyards slowly disappeared from the early 1900s. By the 1930s they had all been removed. The land was used for other purposes including sheep and cattle.

The Adelaide Hills was reborn as a wine region when Leigh and Jan Verrall planted a vineyard in 1971 and a new group of wine pioneers emerged. brian Crosser founded the renowned Petaluma winery in 1976 after identifying the area as one of the best in Australia to grow varieties suited to cool climates. This was the birth of the region as we know it today.

The geographical Indication (GI) Adelaide Hills was created. It stretches around 75 km from Mount Pleasant in the north to Macclesfield in the south.

The Adelaide Hills now has a reputation for premium wines. It has become one of Australia’s most important cool-climate wine-growing areas. Yay us!

FUN FACT: In 1843, a case of wine made from Adelaide Hills’ first vineyard was sent to Queen Victoria. This was the first gift of Australian wine to an English Monarch!

Adelaide Hills boasts one of the biggest diurnal temperature variations in Australia. Diurnal variation is the difference between the maximum day temperature and the minimum night temperature. This variation is sought after by winemakers, as it helps grapes ripen in a more balanced way.

A large diurnal range allows grapes to slowly build their sugar levels during the warmth of the day, while giving the vines a rest during the cool nights. The cool nights during ripening season help the grapes retain balancing acidity and aromas. As a result, Adelaide Hills’ wines are fresh and vibrant, elegant yet complex.

I think that’s probably enough for today. I’ve got more to tell you, so let’s regroup next week (unless I have something more important to tell you about) for Part 2!

I should also thank Wine Australia for producing some amazing educational resources which helped with today’s post. Thanks! 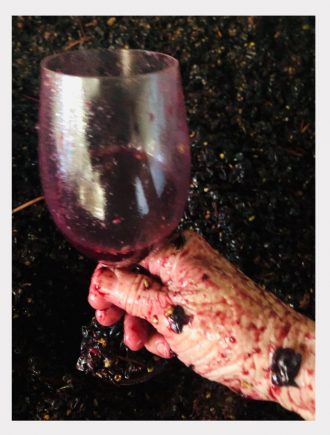 Wines are busy fermenting and the last of our grapes will be picked late next week.

Yes, I agree… that was terribly sub-standard.

I promise to do better next week!