In Part I, we took a look at our whites with Sparkling, Sauvignon Blanc and Chardonnay.

Now, it’s time to move onto the reds!

Somerled in the 80s: Part III

Tempranillo wasn’t planted in Australia til the 1990s!

You’d have had to travel all the way to Spain to taste it before then. If you’d even heard of it at all. 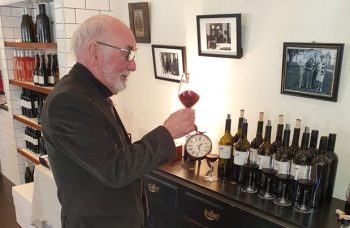 I found it unsurprising that dad said if he was making Somerled Shiraz in the 80s, that it would resemble our current range very much.

After all, it’s his early days at Penfolds from the 1970s that gave him the knowledge and inspiration to create what we’re drinking today.

The only small difference might be that he may not have come up with the idea of racking so frequently. This is the process by which he racks the wine out of the barrels into a big stainless steel tank every few months. The barrels are then cleaned out and the wine returned straight back to the barrels. This enhances complexity, maturity and mouthfeel. 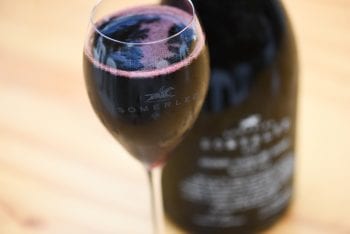 This style was incredibly popular in the 80s. We actually produced as much sparkling burgundy for the market as we did sparkling white!

The base wine for this would be similar. He may have even been tempted to add some mataro, which was a somewhat common thing to do back then. It had nice soft, round tannins when picked ripe.

Back then there wasn’t as much small oak maturation. It would have taken place in big casks so there’d be not much oak character to speak of.

While Great Western Sparkling Burgundy and the Minchinbury were both pretty nice wines, they were very much around 25-35 g/litre residual sugar. Quite different compared with 10g or under for the Somerled.

It could even be said that some sparkling reds would still hang around that mark, maybe a bit less Our Somerled sparkling Shiraz is known as one of the dryer styles on the market.

I really enjoyed taking this step back in time with dad. It was a far more interesting conversation than the one we actually had in those days. Those were limited to finishing my dinner and why I wasn’t allowed to have a pair fingerless gloves from Sportsgirl.

How times have changed…

(I can buy my own fingerless gloves these days)

Attention all locked-down members in NSW…

We’re dreaming up some fun ideas to keep you entertained during lock-down.

Keep an eye on your emails for further details!