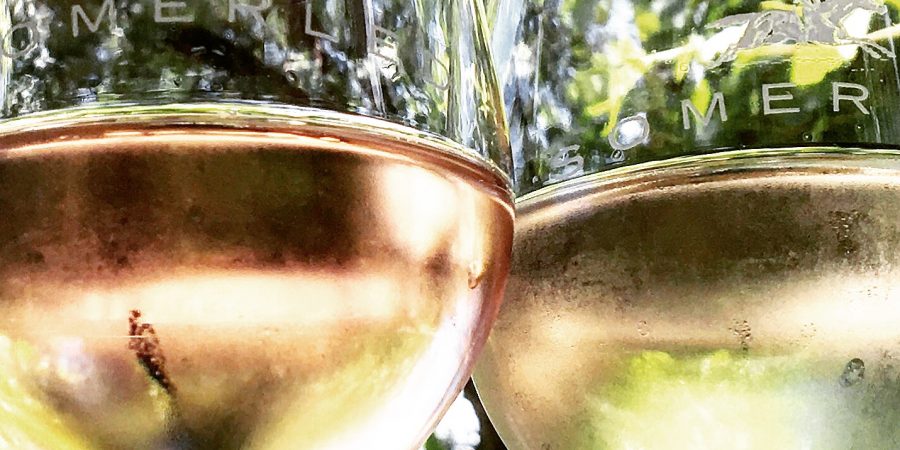 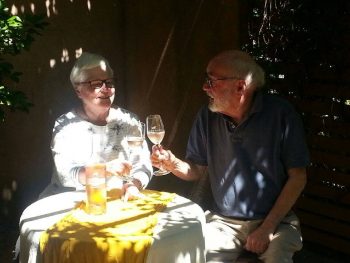 Looking back at wines in the 1980s and how some may have differed from the Somerled range today. And how some might be very much the same!

I imagine you’ve printed the first part of the blog out and it’s on your fridge door.

In addition, here’s a very brief reminder of the key points from Part I:

Sparkling: it would have been largely the same then, providing dad could find some hard-to-come-by-then pinot noir.

Sauvignon Blanc: the concept of picking early at lower ripeness hadn’t yet come into vogue, so some of the distinctive aromas of the variety were way over the top.

Chardonnay: likewise, these were left on the vines in order to provide maximum flavour. But sometimes this meant they became pretty harsh on the palate due to high alcohol. And without dad’s much-loved malolactic fermentation yet on the scene, they were also not as complex and interesting as, for example, the Somerled Chardonnay is now.

A lipstick-pink Somerled Rosé with 12-14 grams/litre of residual sugar, anyone?

We can add it to your July Pack if you’d like?

Rosé was hugely popular in the 80s – but Heather and Rob didn’t enjoy it then.

If you’re not familiar with the concept of residual sugar, let’s just say that Somerled Rosé has about 1 gram compared with the 12-14 grams of the time!

Some on the market today are still 80s in style, but we don’t know what their excuse is?!

However, what Rob does say is this:

“The wines were beautifully made – the technical aspects were perfect, brilliantly bright, clear colour, flavours straight out of the fermenter and very vibrant, so if they’d just made them with less ripe fruit, and got the juice off the skins earlier, and with lower residual sugar, they’d have been fantastic!”

Would dad have made a Somerled Rosé back then?

But if I did, it would certainly not be as sweet and certainly not with the same degree of alcohol as others were doing then. I wouldn’t have considered putting it through malolactic fermentation as we do now though; it would have been a much more simple style, nowhere near as interesting as what Somerled produces today.”

Pinot Noir fruit was nowhere near as commonly planted as it is now, as was mainly done so for sparkling base.

He remembers Wynns putting in vines in 1978/79-ish, and that was largely for the Edmond Mazure and Seaview sparklings.

Interestingly, Wynns did experiment with a dry red pinot noir though!

This was so new to South Australian winemaking, and Wynns would have released it in the mid 1980s, only for it to be discontinued but a few years later due to its lack of popularity!

And this was a pinot noir that was quite ‘Somerled in style’ according to dad – not a lot of new oak, not too big, with clean, nice pinot aromas.

Dad wonders if it could be one of a few different factors:

In any case, Pinot dry reds weren’t to come into fashion until some time later.

I didn’t think dad would have much to say about this one, as surely if the Pinot dry red wasn’t embraced by the market, what would happen to an LDR?

But dad does distinctly remember a Wynns pinot made as a beaujolais like our LDR. It wasn’t released to the market – it was released to Wynns staff only! (This adds to the list of partially-labelled gems in dad’s cellar from his Penfolds and Wynns days!).

An easy-going picnic wine, mum and dad apparently loved it at the time, though it was a fair bit higher in residual sugar than what they’d usually drink now, at about 9-10g per litre.

Ok! What else do you need me to ask dad over a bottle of Chardonnay and perhaps a Somerled platter? See – I’m always here for you!!

Can’t wait til we speak again – We’ll be back in a few weeks for the third and final instalment!