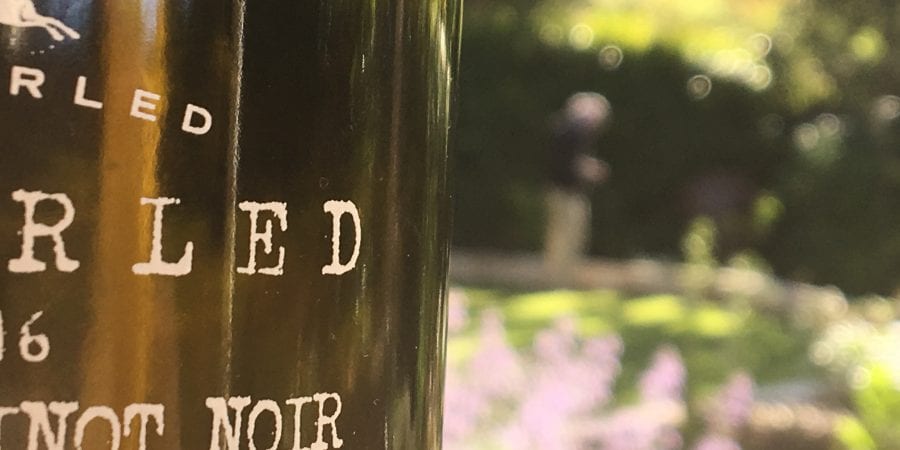 Today we sold the last few bottles of our 2016 Pinot Noir and have moved onto pouring the 2017 at the bar. So what better time to visit this popular variety in more detail.

But honestly Pinot… white, pink, red? Is there anything you can’t do?!

Those of you familiar with the Somerled stable know that Rob is a huge fan of the versatility of Pinot Noir as a variety. And given we have some beautiful cool climate fruit to choose from here in the Adelaide Hills he uses it for both his trophy-winning sparkling white and rose, along with his dry red.

And this isn’t the end of Pinot’s versatility. When it comes to producing the red version, there are so many different techniques and styles.

But, I’m getting ahead of myself…

Pinot Noir is one of the world’s most ancient varieties. Its traditional home is the French wine region of Burgundy, but it thrives in many cool to moderate climates all over the world including Chile, Italy, California and New Zealand.

It is likely that a clone of Pinot Noir was brought to Australia by Captain Phillip with the first fleet in 1788. One hundred and fifty-odd years later, interest in Pinot Noir increased as consumers turned to varietal table wines.

When it comes to grape varieties, the term “clone” describes a version of the variety which is genetically different, but similar enough to be called that variety. I’m not even going to start on how the word clone doesn’t actually mean that! ie in the world of genetics a clone is something which is genetically identical (like twins), but that’s a whole other story.

We talk a lot about clonal selection when it comes to Pinot Noir. This is because winemakers have come to realise that the different clones result in both different characteristics and tastes. Some clones of Pinot Noir make bold and robust wines while others are pale-coloured but offer the most amazing floral aromas. There are over 40 different clones of Pinot Noir documented in the Catalogue of Grapevine Varieties and Clones and about 15 of these clones are popular throughout the world because of their quality.

The most common clone in Australia is MV6 which will produce a fruity, mid-weight wine. Other clones found in Australia include 115, Mariafeld and 777 which is known to be floral and delicate and is therefore the one Rob prefers to use!

Pinot is a difficult grape to grow… it is incredibly finicky when it comes to vineyard management. It is extraordinarily sensitive to climate and over-cropping. Vines with excessive crops struggle to ripen their grapes and tend to produce wines that are lightly coloured and lacking in mouthfeel and flavour (sometimes described as strawberry cordial).

This is where Pinot’s versatility really comes into its own.

Whole bunch fermentation, partial carbonic maceration or a mixture of the two – fermentation can proceed in a number of different ways.

Some winemakers use a technique where the grapes are crushed and then held at cold temperatures for up to a week before fermentation begins. Others crush the grapes, removing the stalks in the process, but then add back varying proportions of stalks to the must. Some even drain off a portion of the juice prior to fermentation to concentrate the flavours, colours and tannins extracted from the skins.

I could go on all day, but when it comes down to it, we know Rob makes the best Pinot. So, what does he have to say about our latest vintage…?

The 2017 has been a very well-behaved pinot, right from the start. The fruit was well-flavoured and deep in colour from low-yielding vines. The vine canopies were nice and open, giving dappled light for the bunches. Ideal!

The fruit was crushed to a small open fermenter, yeast added and fermentation lasted a week with regular “plunging” to gently extract colour and tannins from the skins. Then to barrels (French oak) which were a mixture of newish and well-used to keep the oak levels relatively low. Bottled February 2018.

The result is a nicely tinted, medium deep colour with an enticing nose which has typical lifted pinot perfume, with some almost stalky hints and a most attractive gingery spice. The palate is soft and warm, very tasty and lingering.

Over the last three or four months, it has shown further integration and development of flavours, and that augers well for the future cellaring of the wine.

It will get to a peak in maybe a year or two, but it’s not a wine to put away for a decade!

Try it for yourself

Why not pop into the Cellar Bar this the weekend for a glass or a bottle to take away? We can’t wait to see you!