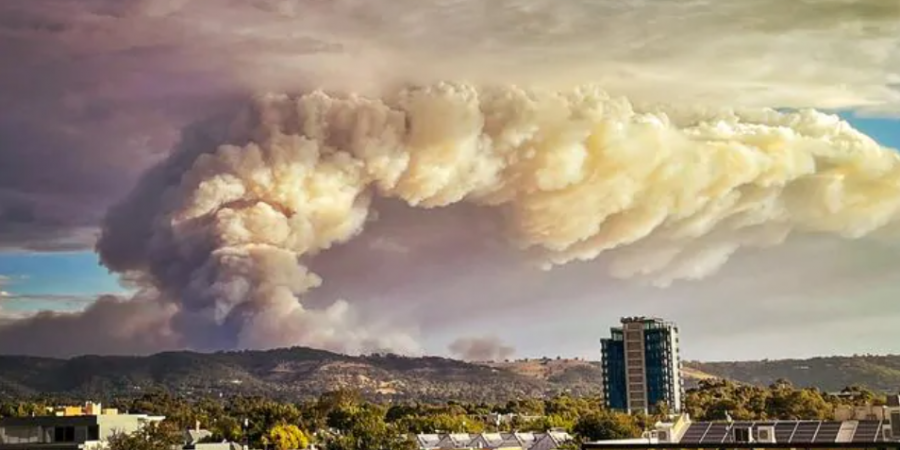 As you probably know, we had another scary bushfire experience here in the Adelaide Hills last weekend. 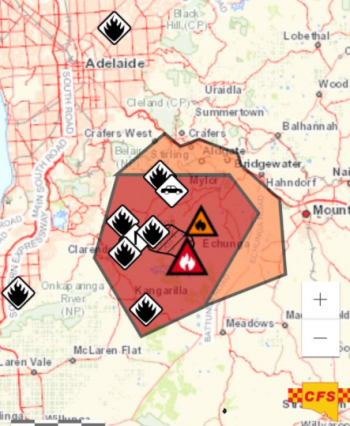 But… it could have been a lot worse. Just over 24 hours from when it began, we had a lucky change in weather conditions. Drenching rains on Monday afternoon extinguished the fire which was burning through tricky bushland terrain. Even the CFS acknowledges that we were extremely lucky this time.

My house is less than 10km from where it started and we were on the edge of that “red zone” for most of the time. We evacuated early and took advantage of some lovely Moody family hospitality while we waited it out!

But as that orange zone started to encroach on Hahndorf, we all decided we would be much better off well away from the action. So, at 11 pm, we gathered our belongings and headed to… Tailem Bend! 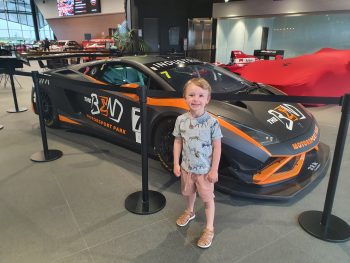 If you’ve never had the pleasure of visiting Tailem Bend (especially recently) then you’re really missing out! It is now the home of a brand new Rydges Hotel and car racing track (of all things!). The hotel is a mini-museum for racing and race cars. Needless to say, our 4.5-year-old thought he’d woken up in heaven!!

Thankfully, we all survived the experience unscathed (and have found a new spot to entertain small children!).

BUT… the question that is on everyone’s lips…

What about the vines?

First, let’s have a look at a couple of maps:

This one shows exactly where the fire scar is… 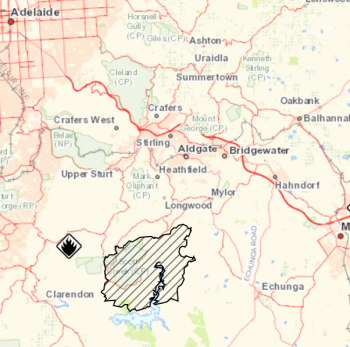 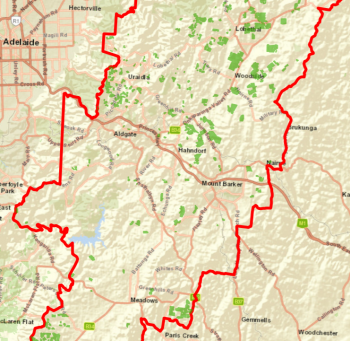 If you can use some imagination and pop the top one over the bottom one then you’ll see that there aren’t too many vineyards in the affected area. Our hearts go out to the ones that are.

As you can see though, there are a lot of little green patches around Hahndorf, and I can guarantee you that we could smell smoke from there. Even that patch up around Uraidla (Piccadilly Valley) probably got a good whiff of it too.

So, now we’re back where we were 12 months ago.

And although we talk about those typical smokey characteristics of a wine which is aged in toasted oak barrels… it’s definitely not that. Common descriptors for smoke-tainted wines include burnt, medicinal and campfire. The best quote I read during my research on this topic came from a guy in California who said… “if you’re particularly fond of licking wet ashtrays, you’ll like this wine.” 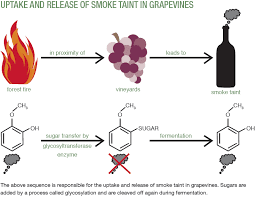 Unfortunately, smoke taint isn’t caused by just a residue on the grape. You can’t wash it off. When wood burns, it releases aroma compounds called volatile phenols. In the vineyard, these compounds can permeate the grape skins and attach themselves to the sugars inside to form molecules called glycosides.

This process renders the phenols no longer volatile, meaning their smokiness cannot be detected by smell or taste. However, once the grapes are fermented, the acidity in the resulting wine will begin to break the bonds between the sugars and the phenols, rendering them volatile once again (and hence detectable). 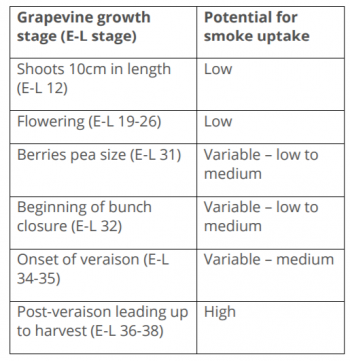 Research has shown that the period between veraison and harvest is when grapes are most susceptible. If you have a look at the table on the right you’ll see the potential for smoke uptake for all the different stages. Most of the vines in the Hills were at E-L 33 to E-L 35, so this is almost the worst possible time.

Interestingly, you won’t see smoke taint in white wines nearly as much as you would in reds. The compounds are concentrated in the skins, and whites don’t typically sit on their skins during fermentation as reds do.

Currently, winemakers can send samples of grapes and juice to research institutions or private companies, where they will be tested for two volatile phenols. These are the most common markers of smoke taint. Low levels of these compounds naturally exist in wines. Oak-aged, non-tainted wines can have even more.

Though we know high levels of these compounds will indicate smoke taint, there is no threshold level that will definitely signal that. It depends on how much volatile phenol is released during the winemaking process. And to figure that out you have to… well, make the wine. Not the greatest use of your time and money if you’re going to end up with a smoke tainted wine.

In addition to these strategies, advances are happening all the time. Even some of the data that was collected during the Cuddlee Creek fires in late 2019 will be coming in handy right now.

So, unfortunately, I don’t have all the answers for you now, but we’ll get a CropWatch update this afternoon. I’ll aim to update this post then, but tune in next week when I’ll have a bot more information.

One Reply to “Here we go again…”