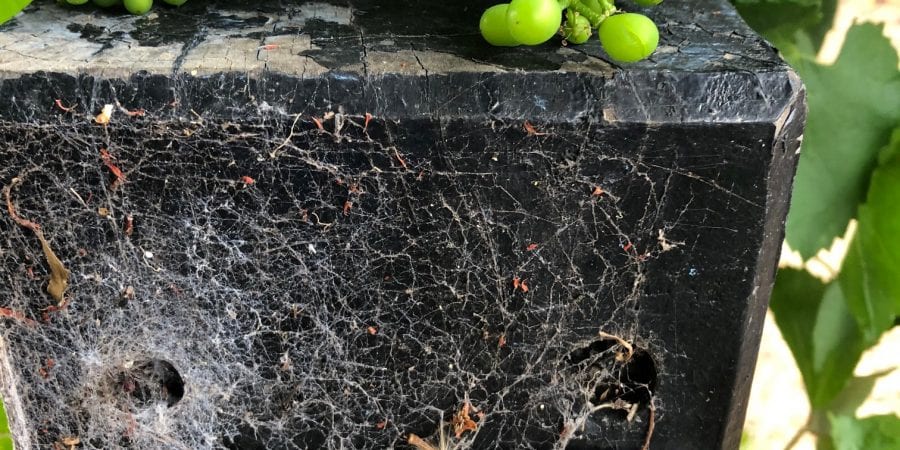 I’ll be the first to admit that this post won’t be the most interesting I’ve ever written.

I had good intentions of bringing you some more fascinating comparisons of the growth of the vines and grapes down on the Adelaide Plains.

But then they went and got all boring on me! 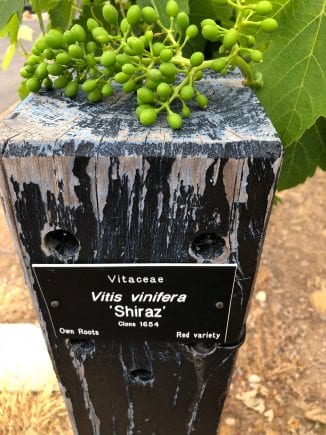 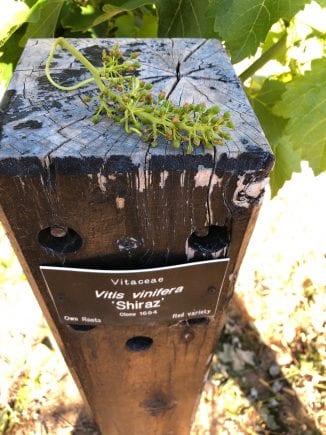 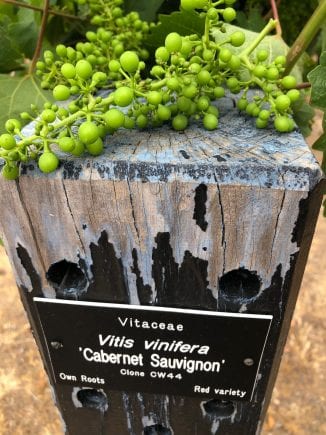 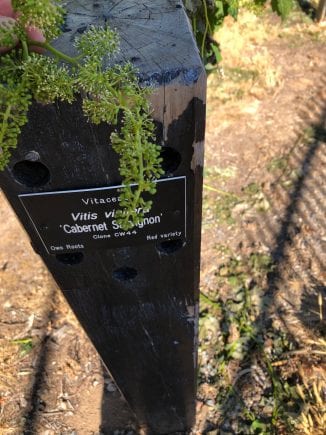 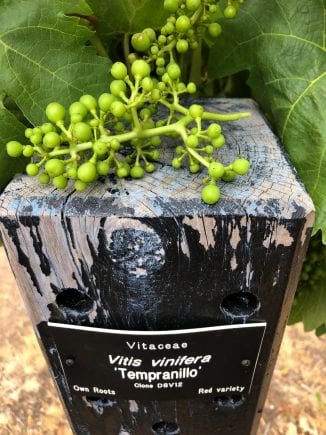 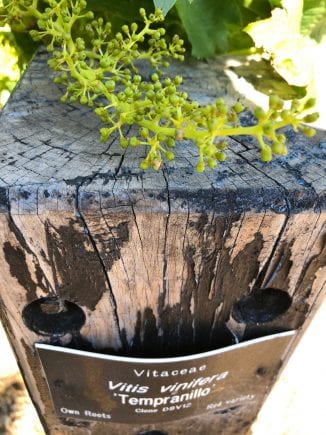 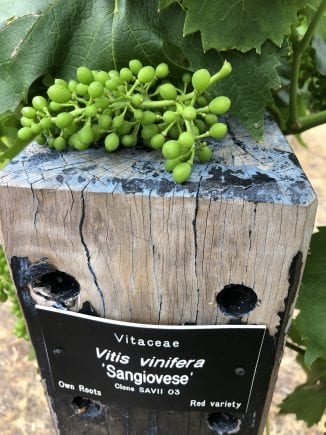 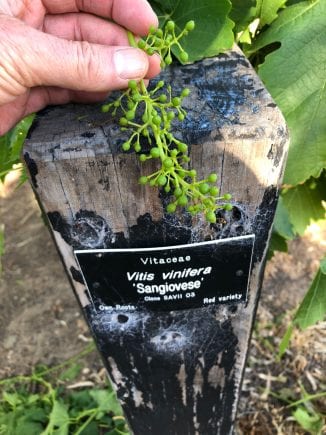 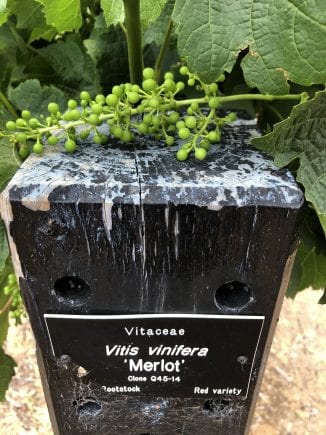 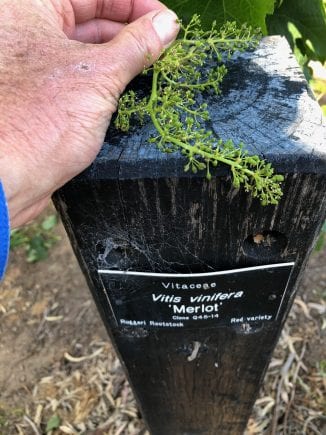 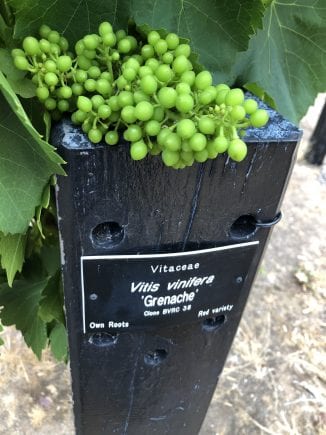 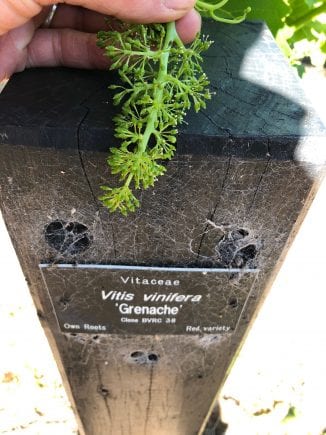 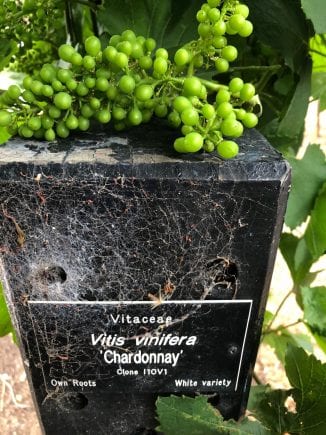 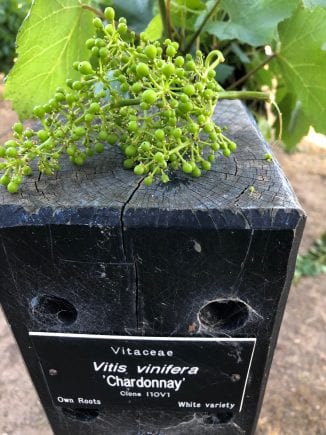 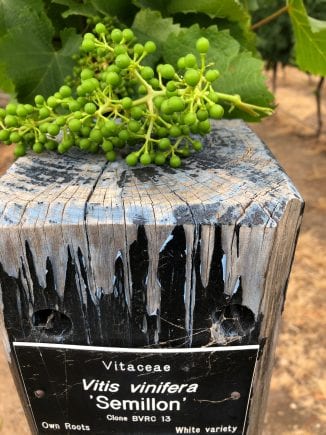 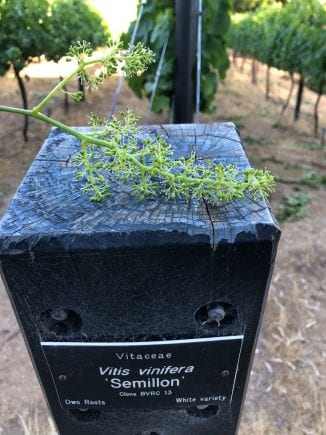 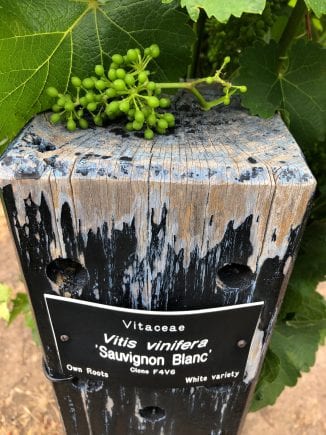 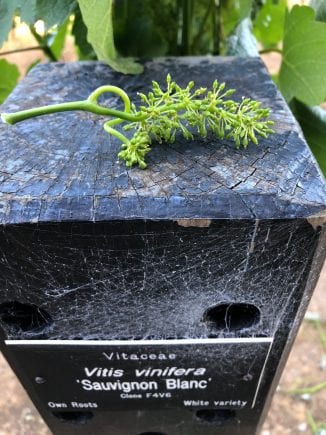 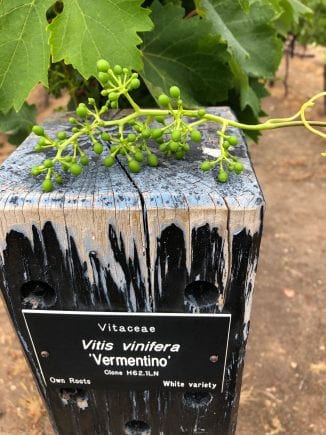 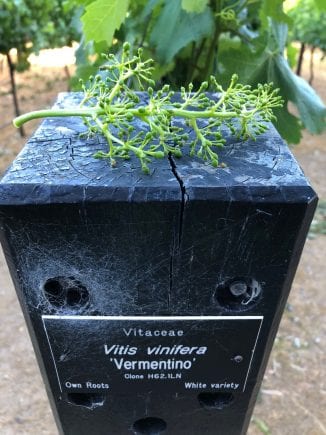 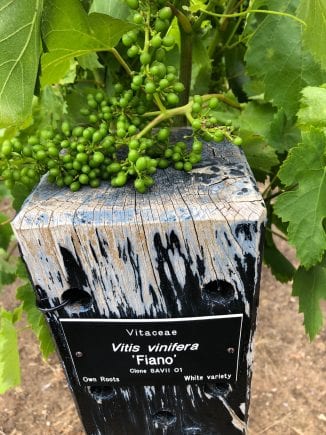 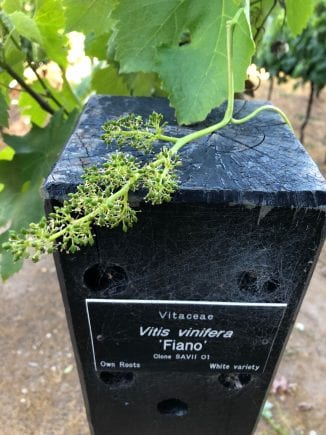 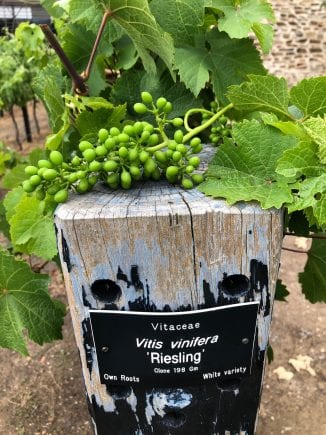 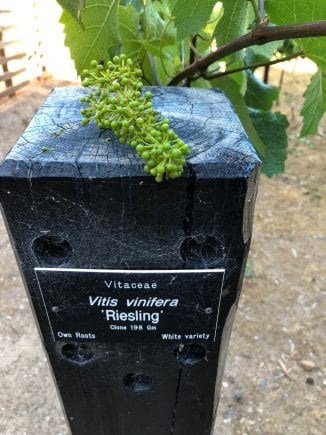 And while I admit that the change over the 16 days between photos is pretty interesting, if you look at all the different varieties, the bunches are starting to look remarkably similar.

Up until now, we could clearly identify some significant differences between the growth and development of each variety. Now, though, it looks as though they have all caught up with each other (which I found pretty surprising, to be honest). As you will see in the table below each variety is between EL29 and El31 – an overall stage called “Berry Formation”.

What is worth noting though, is even though they are at similar EL stages, the bunches look pretty different across varieties. Some berries are relatively tightly bunched with a larger amount of berries (Chardonnay and Grenache) while others (like the Vermentino and Merlot) are the opposite.

It will be interesting to see if the berry development will continue at the same rate from here on in… my educated guess is not, but tune in to find out more over the coming weeks.

The massive, man-eating spider responsible for the web on the Chardonnay post appears to be laying low… for now. I have a blow-torch at the ready!

* That brings me to my next, difficult to discuss, point…

So… in this and previous posts, I may or may not have been taking a little “journalistic license” when I have reported that it was ME who took photos of the vines and grapes in the test block down the hill.

I’m sure you can understand that sometimes it is just simpler to stretch the truth a little.

But as it turns out, the real photographer is starting to get a little grumpy when I take the credit for his work.

So, in the interests of marital peace and harmony, I am officially thanking my husband Hugh for supplying the photos for this and other blog posts.

I mentioned last week that we were releasing a brand new EXTREMELY limited edition new wine.

If you were lucky enough to make it along to our Champagne Shopping Morning last weekend then you got to try some and hopefully, you secured your precious two-bottle allowance.

For the rest of our loyal club members, you should check your emails this weekend! I promise you, it doesn’t get much better than this!