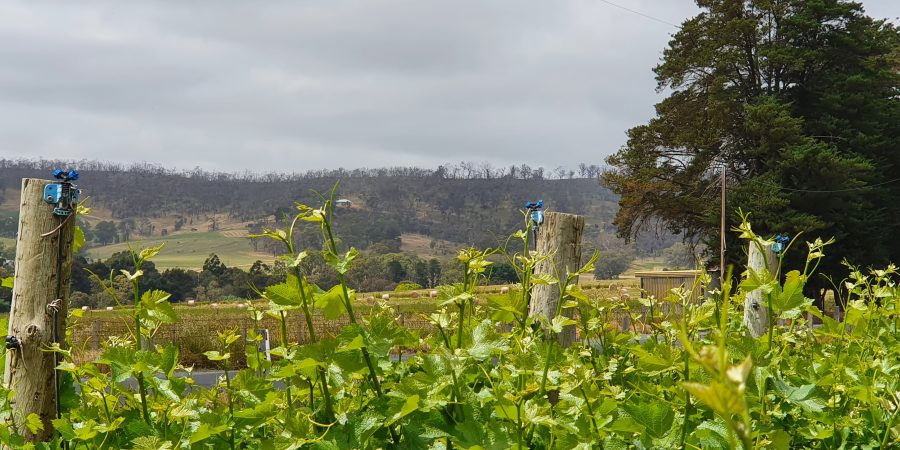 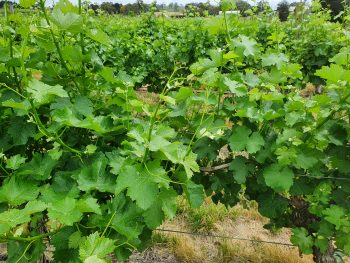 I finally did it.

Almost 12 months on from the devastating Cuddlee Creek bushfires, I dropped in on Kim Anderson’s vineyard in Charleston to see how things are going.

Better late than never I guess?!

But it turned out to be a pretty good time to visit.

Driving onto his property and you’d barely know anything had happened here.

Until you look a little closer…

And then you start noticing the missing rows… 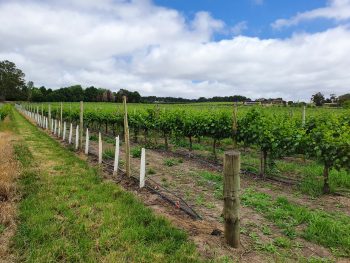 The rows with only one or two vines still remaining… 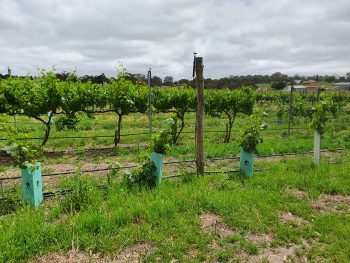 And the whole blocks which have been pulled out…

Kim and his wife Michelle are soldiering on. It has been a long hard year, with only a handful of days off. But with the help of some “not to be sneezed at” support from the government and other fundraising activities, Kim has managed to get the vineyard back on its feet.

Immediately after the fires, it was replacing the dripper lines. He pulled up 95km of melted, burnt, and damaged dripper lines (you can see some melted remnants in these pictures)… 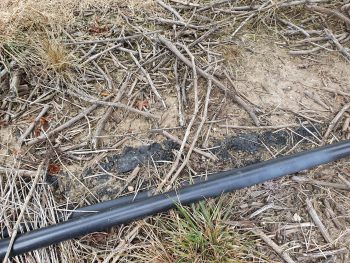 Luckily, this also gave him the opportunity to install frost sprinklers on almost every post across his 28-acre vineyard.

In fact, in late September, 8 hours after he finished installing the frost system the site got its first (and only thankfully) frost for the season!

Revisit this post to find out more about frost and why using sprinklers can help.

Instead of taking the “wait and see” approach, Kim decided early on to remove his worst affected vines.

To help figure out which of his were viable and which ones weren’t, Kim did some cambium testing.

Cambium is made up of a layer of cells just underneath the bark. When you slice the bark off then the cambium layer should be bright green. If it is, then the tissue is alive and the surrounding structures are viable. If it isn’t then you can assume the vine isn’t going to survive (or survive well).

This testing of his worst affected vines meant that Kim could quickly make a decision about which vines he needed to pull out or cut off at ground level and which ones to keep.

And why would he pull some vines out of the ground completely while only cutting others off at ground level, you ask?

Well, the best (cheapest) option for vines that have been badly affected by fire is to chop off the dead bits above the ground and hope that the roots are still viable (which in most cases they are). Then all you have to do is wait for them to regenerate themselves (we’ll get to that in a bit).

But for Kim, he had already spent a lot of time grafting new varieties onto the rootstock of varieties he wanted to phase out. So, let’s say he grafted Grencahe onto Pinot rootstock. If he chopped off the dead Grencahe part and left the Pinot part (the roots below the ground) then the vine which will regenerate is the variety that he tried to get rid of all those years before!

Kim pulled out almost 7,500 vines across his property.

Some of these he will never replace.

The ones he has replaced though he has tried to do as full rows. Although this a very costly exercise, the problem with only replanting some vines and keeping others in the same row is a little thing called competition. Older vines with fully developed roots are going to cause a bit of a headache for those poor little “potlings”.

They are never going to be quite as productive as their older brothers and sisters!

Kim has replanted some Pinot along with a couple of other more unusual varieties… Malvasia Bianca and Grenache Gris. 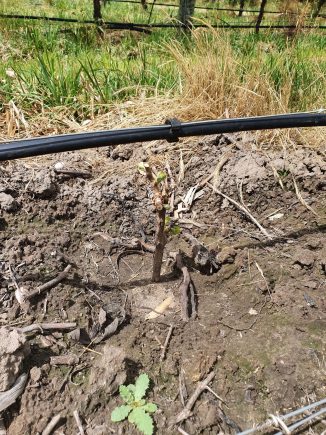 As I mentioned earlier.. the cheaper, but more labour intensive option is to let the vines regenerate.

“Beheading” a vine and leaving the roots in the ground will result in the rootstock sending up shoots from the base of the trunk. In just one growing season, a new shoot can produce a fully functioning vine! 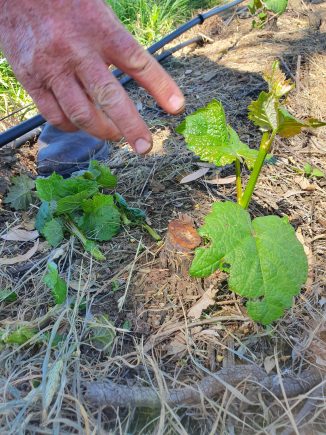 Once the rootstock starts to send up shoots, you select the best one, put a guard around it, and in just 3 weeks it will be around 4 feet high!

That little shoot you can see in the photo above will be fully filling the wires with shoots and leaves by February.

Some of the beheaded vines still haven’t produced a shoot. Kim is still confident that some will, but some will be dead and will need to be pulled out. 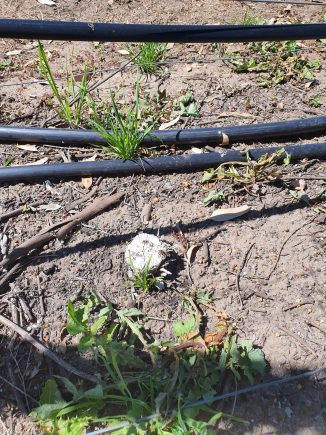 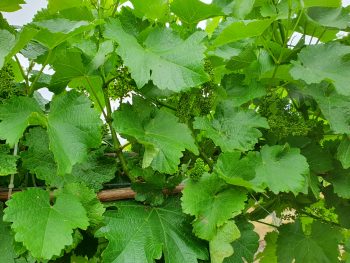 There is some good news for this growing season.

Although 100% of Kim’s vineyard was fire or smoke affected, a good percentage of the vines were left to do their thing.

And that is exactly what they did!

There are lots of lovely bunches on all of Kim’s remaining vines. And even some early signs of flowering.

While the bunches are smaller than normal, there are lots of them. So, as long as he can get good fruit set, then he should be able to produce a decent yield

Happy Birthday to me!

Wowsers… who knew there was so much to discuss when it came to wine?! (well, a lot of people probably!)

A big thanks to everyone who has supported the blog from the start and also to all the newcomers. We wouldn’t be here without you!

And if you are new, then why not spend some time looking back through to posts and catching up. That should keep you busy for a while!